The only civic organization in the township is the Southern Caswell Ruritan Club, organized in 1962 at Anderson High School. Richard Byrd was elected as first president. Meetings were later held at "The Hut" of Bethel United Church of Christ. In 1972 the club erected a modern air conditioned building with money on hand. It is valued at more than $150,000. The charter shows forty-nine members, but many soon fell by the wayside. By 1965 the membership leveled off at about twenty-five. Membership gradually increased to fifty-one in 1983. Young men are presently taking the lead.

The club serves the community and special needs of individuals and families. An average annual expenditure on behalf of the community is about $7,000. The club is truly a community service organization.

From 1972 to 1983 the club has an unbroken perfect attendance record. Ervin Miles, Nathan Simpson, W. R. Simmons, Jr. and William Simmons have 100% attendance records since the club was organized in 1962. The 1983 roster of members is given here and symbols indicate charter members (#) and past presidents (*). 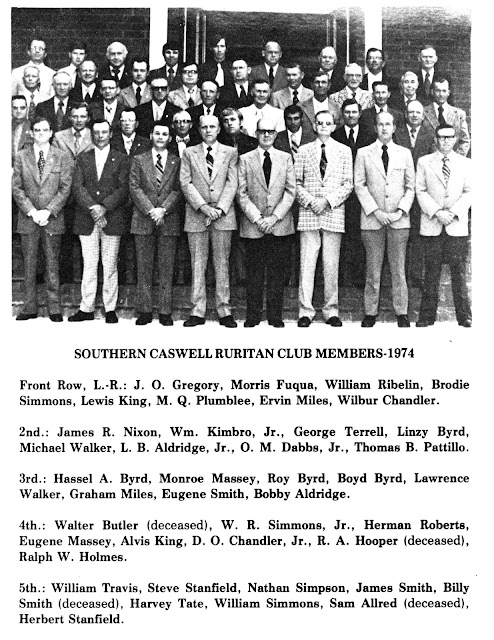