"There have been numerous traditions about the Lea family. One was -- which has been believed by some Leas, but not by me -- that there were 3 brothers, who came from England -- that one of them changed his name to Lee and became the head of the noted Virginia Lees; another changed his to Leigh, while our family retained the original name.

"A document in my possession that professes to athentiic [authenticity], says that the ancestral home of the Lea family was Lea Hall on Lea River in Cheshire Co., England, (There is certainly a river of that name.), and that the family was descended from the nobility.

"However, we do know that the Lea family is noted for longevity and integrity.

"We have been thwarted in our efforts to trace the family back to England and when they came to the U.S., as the records of King and Queen Co., Va. where they first located were destroyed by the burning of the Court house by the Federals during the Civil war. 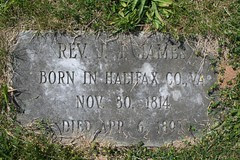 In 1840, some residents of southwestern Caswell County left the Yanceyville Baptist Church (Yanceyville, North Carolina) to from the Trinity Baptist Church, which was nearer their homes. Members also came from Wolf Island, Lick Fork, Dan River, Pleasant Grove, and other churches. William Pleasants was the first pastor; Calvin Graves, the first clerk; and Alexis Howard, the first treasurer. Alexis Howard, William Dupree, and John Stamps were elected deacons. Azariah Graves, Alexis Howard, and William Slade were trustees of the church property. Calvin Graves, William Dupree, and Alexis Howard were delegates to the Association held 1840 in Yanceyville. R. W. Lawson offered a site for church and school. In 1842, Zachariah Neal from Bethesda Presbyterian Church joined Trinity Baptist Church and applied for a license to preach, which he received in the fall of 1842.
Read more »
Posted by RSF at 4:37 PM No comments: 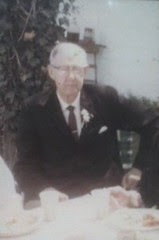 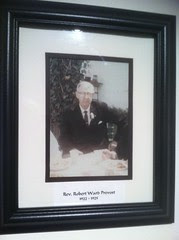