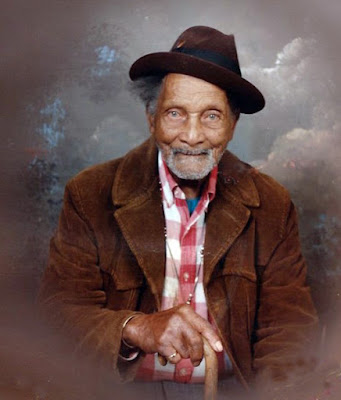 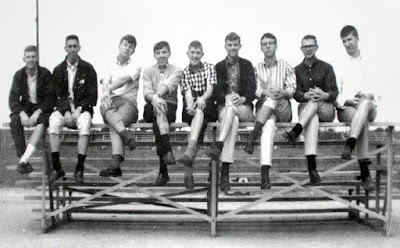 WILLIAM RUSSELL JOHNSTON v. ALLYSON SCOTT JOHNSTON
Full Text of Opinion
Court of Appeals of North Carolina.
WILLIAM RUSSELL JOHNSTON, Plaintiff, v. ALLYSON SCOTT JOHNSTON, Defendant. No. COA16-641 Decided: November 21, 2017
Manning, Fulton, & Skinner, by Michael S. Harrell, for plaintiff-appellee.
Tharrington, Smith, LLP, by Steve Mansbery, for defendant-appellant.
Defendant Allyson Scott Johnston appeals an order denying her motion to dismiss the case filed by plaintiff in Caswell County and to have it transferred to Wake County. Because defendant's custody claim was filed in Wake County before plaintiff filed his claim in Caswell County, the district court in Caswell County did not have subject matter jurisdiction over the custody claim.
We reverse the order denying defendant's motion to dismiss, remand for consideration of defendant's motion for sanctions, and vacate the temporary visitation and custody orders.
I. Background On 4 April 2009, plaintiff William Russell Johnston (“Husband”) and defendant Allyson Scott Johnston (“Wife”) were married. The parties had two children, one in 2012 and one in 2014. The parties separated, although the exact date is in dispute, and on 15 September 2015, Husband filed a complaint in Caswell County against Wife for custody, divorce from bed and board, and equitable distribution, alleging the parties had separated on 2 August 2015.
On 22 September 2015, the complaint was served on Wife. Thereafter, on 1 October 2015, Husband voluntarily dismissed his Caswell County complaint without prejudice.
On 8 October 2015, Wife filed a complaint against Husband in Wake County for custody, child support, post-separation support, alimony, and attorney fees. A temporary custody hearing was set in Wake County for 15 December 2015. Husband was not served with the Wake County summons and complaint on the sheriff's initial attempts, and he later admitted that he intentionally avoided service.
On 13 October 2015, Husband filed a second complaint against Wife in Caswell County for custody, divorce from bed and board, and equitable distribution; the complaint fails to note the active suit in Wake County, although husband was aware that it had been filed.
On 19 October 2015, Husband filed a motion in Caswell County requesting entry of an order for temporary child custody and visitation.
On 2 November 2015, Wife filed a motion to dismiss the Caswell County case for lack of jurisdiction because of her prior pending action in Wake County.
Also on 2 November 2015, the district court heard Husband's request for temporary custody, although Husband was not present and his attorney admitted he did not come to the hearing he had scheduled for temporary custody because he was avoiding service in the Wake County case:
MS. RAMSEY: His client's not even here. His client is asking for temporary custody of the children, and he's not even here. The reason he's not here is because he knows, if he comes in here, he's going to be served with this Wake County action. He's avoiding service.
Read more »
Posted by RSF at 3:16 PM No comments: 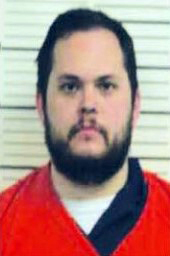 On Friday, May 7, 2021, the Caswell County Sheriff’s Office served a felony arrest warrant on a 27-year-old Caswell County resident named Andrew Sterling Carter. The felony warrant obtained by the State Bureau of Investigation charged Carter with the commission of  five counts of Felonious Second Degree Sexual Exploitation of a Minor. [The relevant North Carolina statute is set forth below.]

He was released from the Caswell County Detention Center after posting a $9,900 Secured Bond. His first appearance in Caswell County Superior Court is scheduled for Monday, May 24, at 10:00 am.

Carter is a former Caswell County Commissioner. He resigned in 2020. 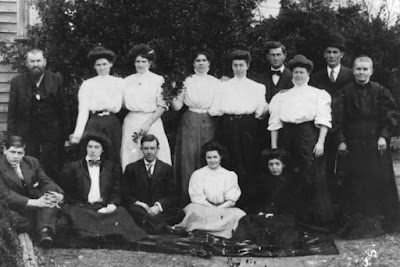 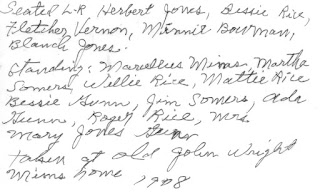 Digitally Preserving Old Photographs (and other items)
Following are procedures that served me well. I hope you find something useful. Rick Summary (details below)
1. Use a flat-bed scanner (not a smartphone)
2. Clean scanner glass/remove photo dust/do not repair photos
3. Scan at 600 dpi/8-inches output width
4. Scan in TIFF format
5. Scan in color mode
6. Scan back of photo if it has info
7. Use de-screening for certain items
8. Use post-scanning software like Photoshop
9. Devise a naming/filing scheme
10. Consider a commercial scanning service
11. Backup your digital image files
_______________
1. Use a flat-bed scanner. A suitable one will cost $100-$250 and should come with useful software.* Some multi-purposes devices, such as a copier/printer/scanner, may be suitable. However, most are not. A smartphone is not recommended. But, there may be circumstances when a smartphone is the only option. Do it. I have.
2. Keep the scanner surface clean using a microfiber cloth. Do not use a paper towel or tissue. Remove dust from photographs using compressed air, which is available in small cans. Do not rub the photograph with anything. Do not blow on the photograph. Do not attempt to repair any damage to a photograph, such as creases. If taped or has corner tabs from being in an album, leave all of it. Damage can be addressed using the software described below.
Read more »
Posted by RSF at 9:48 PM No comments:

Click the article to see a more-legible version.
Caswell County Quiz: What is incorrect about this article, just focusing on the heading: "Yanceyville Dates to 1791"?* The Daily Times-News (Burlington, North Carolina) · 11 Sep 1973, Tue · Page 15
_______________
*Rick Frederick: HG Jones was a friend and mentor. Thus, I reluctantly call out his mistakes. However, I know that he would not hesitate to do the same for me -- and did many times! What else did he get wrong in this article?
Answer: This article contains at least four errors:
(1) Yanceyville dates to 1792, not 1791 (Caswell County was divided in 1792 when Person County was carved off);*
(2) Yanceyville was named for Bartlett Yancey, Jr., and not his family;
(3) John Walter (Chicken) Stephens was not lured from the Caswell County Courthouse, he was killed inside it; and
(4) John William Cosby did not design the Caswell County Courthouse. It was designed by William Percival.
_______________
*Actually, the location of what became Yanceyville dates to 1792. The Town of Yanceyville was not established until the 1830s.
The Daily Times-News (Burlington, North Carolina) · 11 Sep 1973, Tue · Page 15
_______________
Did HG Jones actually write an article with so many mistakes?
Given the errors, I would say no. However, there are word choices and stylistic clues that are pure HG. Examples: "miniaturized county"; not using "Chicken" to refer to John Walter Stephens; and the segue from "quiet country village" to "little quiet in 1870."
Of course the newspaper attributed the article to HG, and he signed the Yanceyville Historic District National Register of Historic Places application form.

Yanceyville Mayors
Following is a draft list of Yanceyville mayors and information found so far. This is a work in progress. 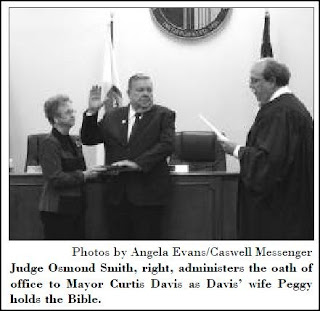