On Sunday, 20 July 1930, the Junior Order of United American Mechanics ("JOUAM") held a meeting in the Bartlett Yancey High School auditorium. The purpose apparently was to celebrate a membership drive.

The JOUAM had seven councils in Caswell County, including the Bartlett Yancey Council. The council was the local membership group. The winner of the membership drive was the Bartlett Council, with the "prize" accepted by E. F. Upchurch, Jr.

"This will likely be one of the largest gatherings and one of the greatest meetings ever held in Caswell County for the cause of Juniorism. Every local council in Caswell is requested to attend with large delegations. All local councils of adjoining counties are invited to attend. The entire public, including the children, are cordially invited to meet with the Juniors on this occasion."

JUNIOR ORDER OF UNITED AMERICAN MECHANICS (JOUAM) -  The Order of United American Mechanics was an anti-Catholic American Nativist organization of the mid-19th century.  It was founded in Philadelphia amid the anti-alien riots of 1844-45.  It originally was called the Union of Workers.  Members were required to undertake efforts to publicize and campaign against the hiring of cheap foreign labor and to patronize only "American" businesses.  In 1853 it created the Junior Order of United American Mechanics, as an youth auxiliary. This group would eventually become more popular than the OUAM itself and became an independent adult organization in 1885.

In 1887 the Order created the Loyal Legion of the Order of United American Mechanics as an "uniformed division" which participated in drill and sword exercises and had a ritual of its own which was said to be derived from similar groups within the Oddfellows, Knights of Pythias and Foresters, themselves supposedly derived from the Masonic Knights Templar.  The ritual and symboling of the group was said to be heavily influenced by that of the Freemasons. Of the twenty five original founders, four were Freemasons and four other delegates were eventually raised to the Craft. The emblem of the Order incorporated the square and compasses with an arm and hammer in the middle. 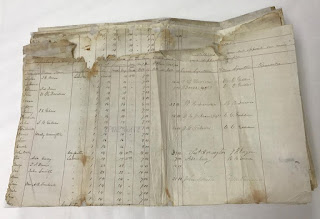 During the U.S. Civil War, the Confederate Army required enslavers to loan their enslaved people to the military. Throughout the Confederacy from Florida to Virginia, these enslaved people served as cooks and laundresses, labored in deadly conditions to mine potassium nitrate to create gunpowder, worked in ordnance factories, and dug the extensive defensive trench networks that defended cities such as Petersburg, Virginia.

To track this extensive network of thousands of enslaved people and the pay their enslavers received for their lease, the Confederate Quartermaster Department created the record series now called the "Confederate Slave Payrolls." This series is fully digitized and available to view in the National Archives Catalog.

The payrolls were originally created by the Confederate Quartermaster Department, but were arranged, indexed, and numbered by the Federal War Records Office. The payrolls show the time period covered, the Confederate officer under whom the slaves were employed, the Confederate officer certifying the accuracy of the payroll, the place of service, names of the persons from whom the slaves were hired, names and occupations of the slaves hired, number of days employed, daily rate of wages, amount paid for each slave's work, and the signature of person receiving the payment. The person receiving payment may be (1) the person from whom the slave was hired or (2) a person designated by them to receive pay on his or her behalf through a validly executed power of attorney, which may be filed with that particular payroll or a different one.

Many payrolls, particularly those from Virginia and North Carolina, indicate the county of residence of the person from whom the slaves were hired. Although it can generally be presumed that the person from whom a slave was hired was the slave owner, that was not always the case. For example, payment for work done by Alex, James, and John, who were slaves at the Arsenal at Knoxville, Tennessee, went to different men each month, who probably hired these slaves from their owners, perhaps as a means to avoid providing their own slaves to Confederate authorities.

Approximately 90 percent or more of the persons providing slaves (slave owners) were men, but perhaps five to ten percent were women, likely either widows or women who inherited a slave(s) from a parent.

In 1856, Thomas B. Tyson and landowner Alexander Kelly formed a partnership to run the wheelwright business and decided to build carriages. The firm was known as Tyson & Kelly (1856-1858). In 1857, Tyson hired William T. Jones as a carriage painter, shop supervisor, and S. W. Humber, as a carriage trimmer. Jones had proved his worth as the enterprise expanded and in 1859, the firm was renamed Tyson, Kelly & Company (1859 – 1873) with Jones joining Tyson and Kelly as a partner. It manufactured carriages and harness.

In 1873, Tyson and Jones bought out the partnership of Kelly.

The company was renamed the Tyson & Jones Buggy Company shortly after. In 1876, the company produced 400 buggies.

The firm was incorporated in 1889 apparently.

At its maximum production, the firm constructed 3,000 carriages/buggies a year in the 1890s.

The popularity of the automobile led to the demise of the Tyson & Jones Buggy Company in 1925.

The last buggy reportedly was delivered in 1925 to Neil S. Blue of Raeford, who was in his 80s and had declared that he would never operate a car. The company was sold and the new owners tried to re-established it as a furniture manufacturer, but were cut short by the Depression of 1929. 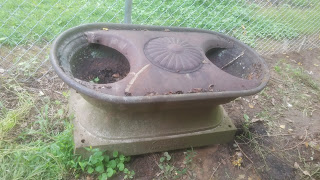 This metal object purportedly was found at or near the historic Caswell County Courthouse in Yanceyville, North Carolina. Other than the manufacturer no more is known, including the purpose for which it was intended. It was sold at auction a few years back and purchased by a couple from Milton, Caswell County, North Carolina. Click the image to see a larger version. 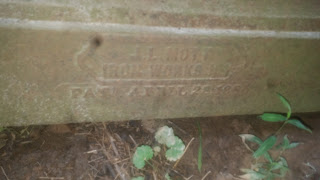 The J. L. Mott Iron Works was established by Jordan L. Mott in New York City in the area now called Mott Haven in 1828; the business was continued by his son, J.L. Mott, Jr. The elder Mott specialised in the manufacture of cooking-stoves fueled with anthracite coal. "Stoves and ranges, hot-air furnaces, parlor grates and fenders, fire irons, cauldrons and kettles, statuary, candelabra, fountains garden seats, vases, iron pipes or every kind, water tanks, &c" are mentioned in Benson John Lossing, History of New York City. Mott was interested in the patenting of inventions, but turned down President Buchanan's offer to make him Commissioner of Patents.

At the Centennial Exposition in Philadelphia, 1876, an elaborate cast iron fountain, 25 feet tall, was exhibited by the company. According to the exposition review, Gems of the Centennial Exposition all of the modeling of architectural forms, basins and figures was completed by artisans of the company. Figures were molded in clay, then cast in plaster to provide the moulds for the cast iron, in a process similar to bronze-founding. The lowest "pan" or basin was ten feet in diameter, said at the time to have been the largest such cast-iron basin in the United States. Some examples of the fountain figure The Boy with the Leaking Boot in various American and Canadian cities were purchased from the company.

In 1917, artist Marcel Duchamp may have selected a urinal from the J. L. Mott showroom in Manhattan and presented it as a work of art called Fountain at the Society of Independent Artists exhibition. This episode marks the introduction of the readymade in the history of modern art. 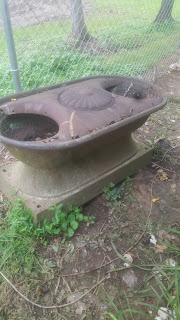 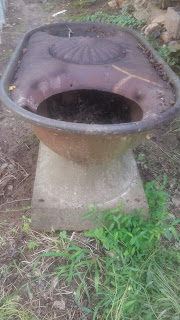