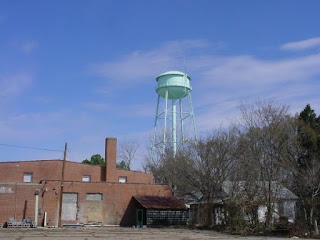 However, while not having overall executive authority for the town, from some point the Yanceyville Sanitary District did provide a basic function: water and sewer. 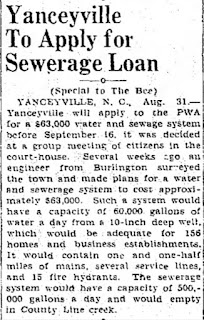 The planning for this water and sewer system began as early as 1935. Was it necessary to incorporate the Yanceyville Sanitary District to have a legal entity to issue bonds? Did the Sanitary District have taxing authority or were the bonds secured by income paid by water/sewage fees?

Yanceyville relied upon wells until the early 1950s when a reservoir was established on "Old" Highway 62 south of town. 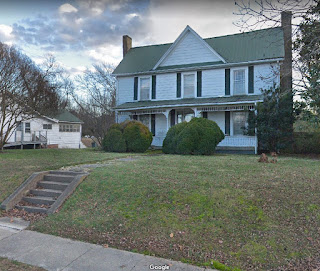 Earlier we discussed what now is known as the Julius Spencer Watlington house on East Main Street in Yanceyville, NC (photograph to right). This was in the context of it possibly being used as a boarding house in the 1940s, which proved not to be the case.

However, the history of the house remains incomplete. It appears at the time of the 1940 United States Federal Census the house to the west (on the corner across from Little Service Station) was owned by widow Vernie Lee Butler Enoch and her daughter Sarah Frances Enoch. The widow's husband Louis Jefferson Enoch died in 1936. 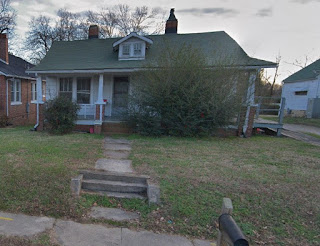 The house on the other (east) side of the Watlington lot was owned and occupied by Herman Lafayette Gunn and his wife Zelda Ruth Roach Gunn (photograph to left).

But what about the property between the Enoch house and the Gunn house. Was there a structure on this lot, or was it vacant? Based upon the sequence of households listed in the 1940 United States Federal Census the following were between the Enoch and Gunn houses:

Both the O'Rears worked in a "Hosiery Mill." Luther O. Crotts was an "Agriculture Teacher." All were shown as renters. None were native to Caswell County. But, where did they rent? Was there a building of some sort on the lot that eventually was the site of the Watlington house? 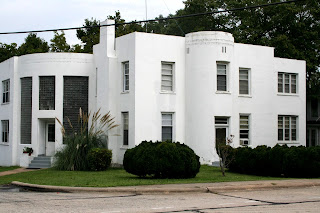 Whitehall Apartments in Yanceyville, Caswell County, North Carolina
It appears the following were living in the White/Whitehall Apartments at the time of the 1940 United States Federal Census:
Robert L. Mitchell (wife Julia): fertilizer/farm machinery salesman
Holland McSwain (wife Ollie): superintendent of Caswell County schools
George Holt: textile mill production manager
Robert Wilson (wife Edith Wilkinson): proprietor of hauling and filling station business*
Clarence Rice (wife Isabelle White): foreman at re-drying tobacco plant
_______________
*Robert White Wilson is a first cousin of Sallie Isabell White Rice, wife of Clarence Rice. It is possible that these two cousins owned the apartment building.
_______________
Note the outline of the original house. Remove the front semi-circular entrance part, the rear addition, and the southerly addition (to right in the photograph) and you will see a typical center-entrance, two-story Caswell County wood-frame house. There may have been another chimney on the other (south) side (to right in the photograph).
Read more »
Posted by RSF at 7:03 PM No comments: