Photograph: Pelham VFD. Click image to see a larger version.
_______________
Caswell County Volunteer Fire Departments
Caswell County Fire Protection Service District
This is why the Caswell County volunteer fire departments are numbered.
Until 2017, Caswell County's volunteer fire departments were disorganized. They had no number and were funded locally (by stew and BBQ sales) and received no county money. Yanceyville and Milton had separate taxing authority. Oddly, so did Casville.
Map: http://fdmaps.com/caswell-county/
Fire Protection Service District
Fire Protection. The service district consists of an area that is 428 square miles in size. There are currently ten (10) Volunteer Fire Stations and two (2) sub-stations in close proximity to the District that are staffed with by volunteer personnel and equipment at each station.
The stations are strategically located to ensure the appropriate equipment and response times are for the best of the community that it serves. Each station is equipped with at least one Engine Company and one Tanker that are staffed by volunteers to provide protection from all fires in the district.
Source: Caswell County Board of Commissioners May 1, 2017
_______________
Caswell County Fire Response Districts
Pelham
Hogan Creek
Milton
Semora
Casville
Yanceyville
Leasburg
SW Caswell
Anderson
Prospect Hill
_______________
#1 Yanceyville (established 1940; has one substation at the airport)
#2 Milton (established before 1961; incorporated town; has one substation on Highway 62)
#3 Casville (established 1961; originally had its own taxing district)
#4 Providence (established 1961)
#5 Prospect Hill (established 1964)
#6 Pelham (established 1968)
#7 Semora (established 1971)
#8 Cherry Grove (possibly established 1975)
#9 and 9A Anderson (1983)
#10 Caswell County Sheriff Department
#11 North Carolina Division Of Forest Resources District 11
#12 [use not known]
#13 [not used because Leasburg purportedly eschewed number 13]
#14 Leasburg (established 1984; has one substation)
Read more »
Posted by RSF at 5:17 PM No comments: 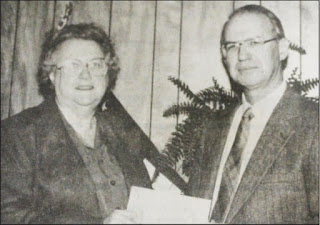 The Times Dispatch (Richmond, Virginia), 6 January 1931
6 Are Killed, Several Hurt By Tornado: Storm Sweeps Border of Virginia and Carolina; Country is Laid Waste"
"Houses Destroyed and Trees Uprooted"
"Six persons were known to have been killed by a tornado which late yesterday cut destructive paths in two borderline counties of North Carolina and one mile east of Boydton in Mecklenburg County. At least four others were injured, according to reports reaching here late last night.
". . . The injured included two Negroes who live near Yanceyville, NC.
"Reports indicated that the storm moved in a northeasterly direction from a point west of Yanceyville, across Caswell County, then rose to dip again near Boydton, after which it apparently swerved in a southeasterly direction to strike near Norlina, N.C.
"The storm was believed to have struck first a few miles west of Yanceyville about 4 o'clock. The path of the storm missed Yanceyville by about three miles, passing to the north, and extended about twenty miles to Milton, N.C., before rising to strike next in Mecklenburg County, Va. Part of the roof of the Methodist Church at Milton was blown away. The dwelling of Stanley Moore, at Milton, was also damaged, and an old tobacco factory partly wrecked.
"Blown From Porch: A porch on the residence of Robert T. Wilson, attorney, three miles north of Yanceyville, was lifted by the wind and carried to the other side of the house, a portion landing upon the roof. An outhouse about thirty feet in length on the farm of J. A. White, a neighbor of Wilson, was torn from its foundation and thrown against another house some distance away. The porch to the White home was torn away.
"G. Gunn, Negro employee of the White farm, was blown from the porch of his home and seriously injured. The second story and the walls and roof of a rear room of this house were wrecked, but none of six occupants of the dwelling were injured.
Read more »
Posted by RSF at 3:29 PM No comments: