The Civilian Conservation Corps (the "CCC") was part of Franklin Delano Roosevelt's New Deal effort to fight unemployment during the Depression and help conserve natural resources. The bill creating the CCC was titled "An Act for the Relief of Unemployment Through the Performance of Useful Public Work and for Other Purposes" (Public Act No. 5, 73rd Congress). This law was adopted by a Congress called into emergency session by the newly elected President in March 1933. FDR signed the legislation into law on March 31, 1933. He then established by Executive Order 6101 (5 April 1933) the Emergency Conservation Work agency, appointed a Director, and provided $10 million in funding. The first CCC member enlisted on April 7, 1933.

The U. S. Army was given the job of moving the men from induction centers to the newly established camps, with assistance provided by the Coast Guard, U. S. Navy, and Marine Corps as needed.

The Army (War Department) was not the only organization to display extraordinary efforts in meeting the demands of this emergency. The Departments of Agriculture and Interior were responsible for planning and organizing work to be performed in every state of the union. The Department of Labor, through its state and local relief offices, was responsible for the selection and enrollment of applicants. All four agencies performed their minor miracles in coordination with a National Director of Emergency Conservation Work, Robert Fechner, a union vice-president, personally picked by FDR and appointed in accordance with Executive Order 6101 mentioned above. 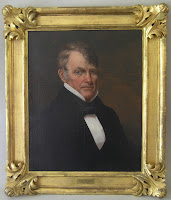 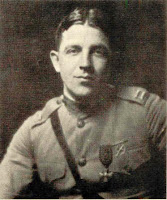 Laurence Tucker Stallings was born November 25, 1894, in Macon, Georgia. Macon is in Bibb County about eighty-five miles southeast of Atlanta and is considered part of the deep South.

His parents were Larkin Tucker Stallings (born Nov 1861) and Aurora Brooks (born November 1865). His father was a bank teller in Macon and later a corporate treasurer in Atlanta, his mother a housemaker who introduced Laurence to the world of literature. Laurence had two siblings, both older: George Brooks Stallings (born March 1890); and Ruth Stallings (born December 1892). His paternal grandfather was the Reverend Jesse Stallings of Stallings, South Carolina.

Laurence graduated from Gresham High School (Macon, Georgia) in 1911, worked for the Royal Insurance Company of Atlanta, then set out in the fall of 1912 for Wake Forest College in North Carolina, where financial aid was provided by a Baptist minister friend of Larkin Stallings, Reverend John E. White. Wake Forest is a Baptist institution. At Wake Forest Stallings became editor of the campus literary magazine Old Gold & Black. In 1915 Laurence Stallings went to Atlanta as a reporter for the Journal, but returned to Wake Forest College in 1916 to graduate. After World War I he earned an MS degree from Georgetown University.

Laurence Stallings's father-in-law, Dr. William Louis Poteat, was born in Caswell County, North Carolina, October 20, 1856. He was President of Wake Forest College from 1905 until 1927. The college then was located near Raleigh, North Carolina (not in Winston-Salem, North Carolina, as Wake Forest University is today).
Read more »
Posted by RSF at 10:21 AM No comments: 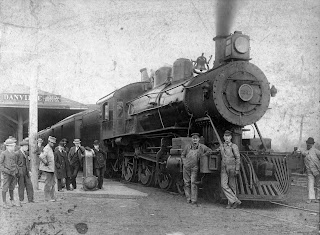