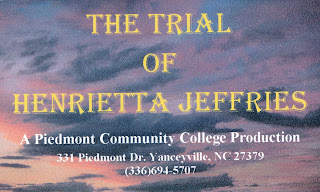 Perla Clay Otken stated: I am a granddaughter of James Lea, son of Zachariah Lea and Sabrina Clay; son of Luke Lea and Elizabeth Wilson; son of James Lea and Anne Talbot. Thus, she places herself in line of James (Country Line) Lea.
_______________

James Lea, according to tradition, emigrated from England and settled first in King and Queen County, Virginia, and then moved about 1750 to North Carolina in what is now known as Caswell and Person County. He located about two miles west of Leasburg, a village subsequently established and named for the family. My sister, Frances, is quite a genealogist. Were she at home now I'd ask her to write you, as she is better versed in family history than I, and has a great deal of data which is authentic, as she secured it in person from records on file in Hanover Court House, Hanover, Virginia, the Lawson-McGhee library in Knoxville, Tennessee, and the courthouse in Rutledge, Granger County, Tennessee.  While in Tennessee, she copied the marriage license of great grandfather Zachariah Lea, who with his wife, his wife's mother, my grandfather James and his wife, are all buried at my mother's old home about twelve miles from here in Amite County, Mississippi.

Comment: This was the depression, cars and roads of the time in southern Mississippi lend a certain "pathos." I am grateful that sister Frances traveled to several states in her determined search for the proof necessary to prove descent. My guess it was for DAR as they required copies of originals.
_______________