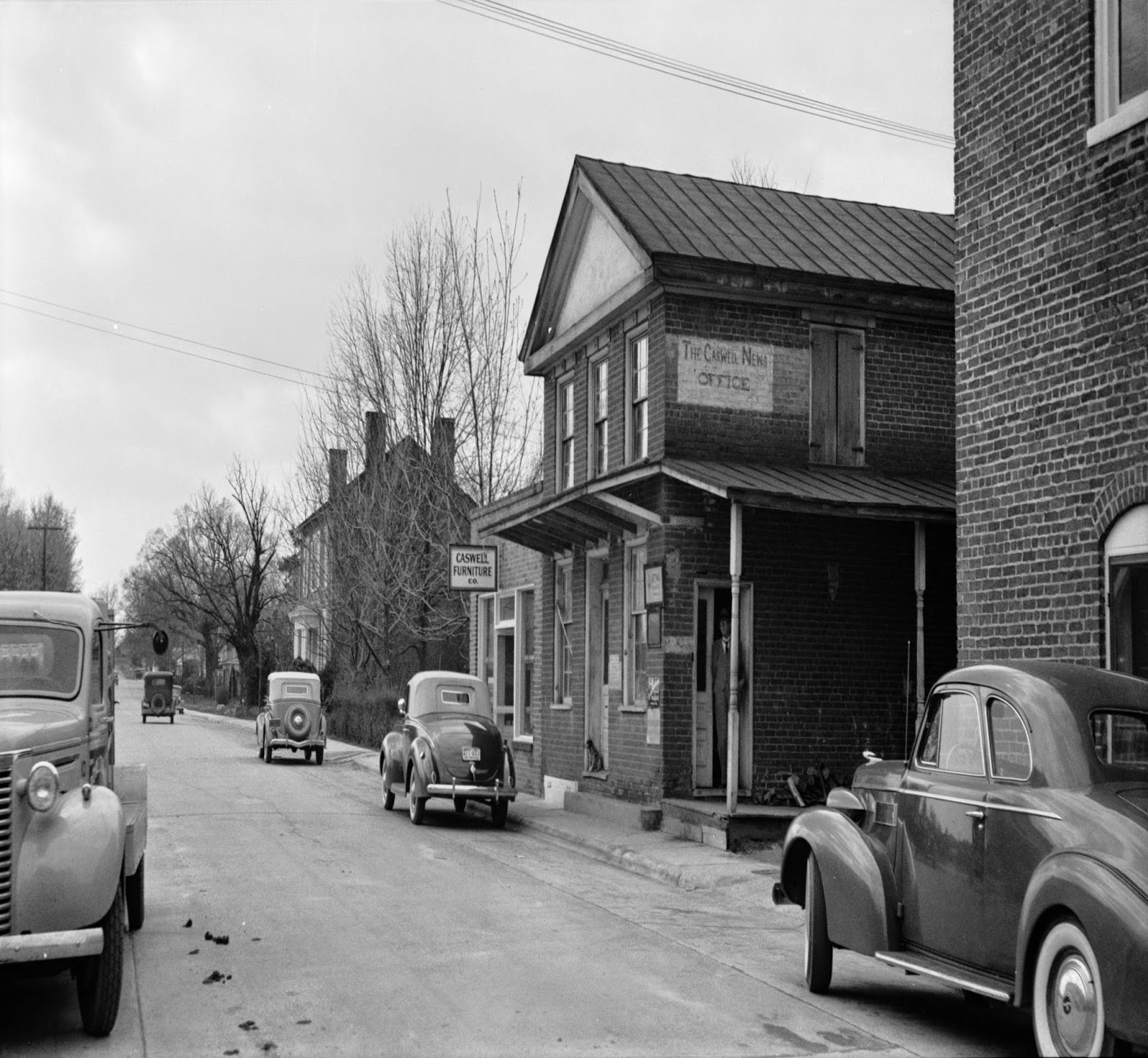 Thomas J. Henderson (1883-1959) established The Sentinel at Yanceyville, with an initial issue on April 20, 1908. Henderson was editor for at least two years, being replaced by John A. Massey (1881-1956) in 1911. However, Henderson apparently regained editorship in October 1912, and the newspaper was still in publication on May 3, 1916, the last known issue. When The Sentinel ceased publication has not been determined, but it was not listed in a 1921 national newspaper directory.

Thus, it is possible that for some years before 1926 (possibly up to ten years) no newspaper was published in Yanceyville.

The News Advocate was published in Yanceyville around 1890, as one issue, dated 9 January 1890, survives.

There may have been a Yanceyville newspaper titled News and Commercial published 1884-1898, but no copies are known. 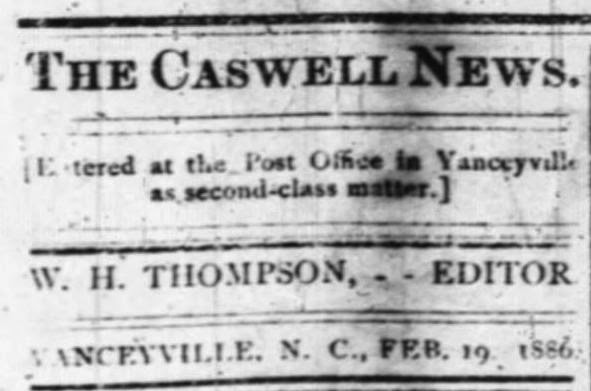 The Caswell News was launched in 1884, being edited and published by W. H. Thompson in Yanceyville. It apparently was published in the old Azariah Graves building, which now houses a restaurant. Note the lettering on the side of the building: "The Caswell News Office." This newspaper was published until at least December 1888.

1. The Caswell Messenger
2. The Sentinel
3. The Little News
4. The News Advocate
5. News and Commercial
6. The Caswell News 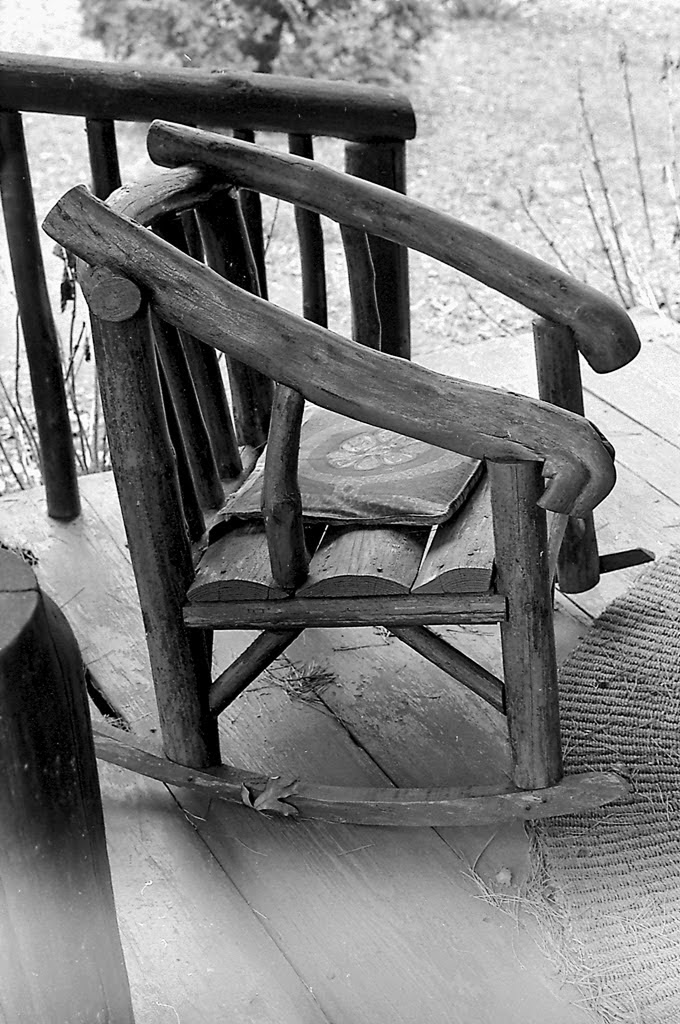 These "Oakley" chairs were built by Robert Lee Oakley (1868-1957), who lived on the Park Springs Road, Pelham Township, Caswell County, North Carolina. When the photographs were taken the chairs belonged to Henry Ingram and his wife Vivian E. Oakley Ingram.

Vivian E. Oakley Ingram (1904-1985), is the daughter of Robert Lee Oakley and Nannie Ellen Forbes (1873-1930), and presumably she inherited the chairs from her father. The chairs are seen on the front porch of the Ingram home on the Park Springs Road (Providence, Caswell County, North Carolina). 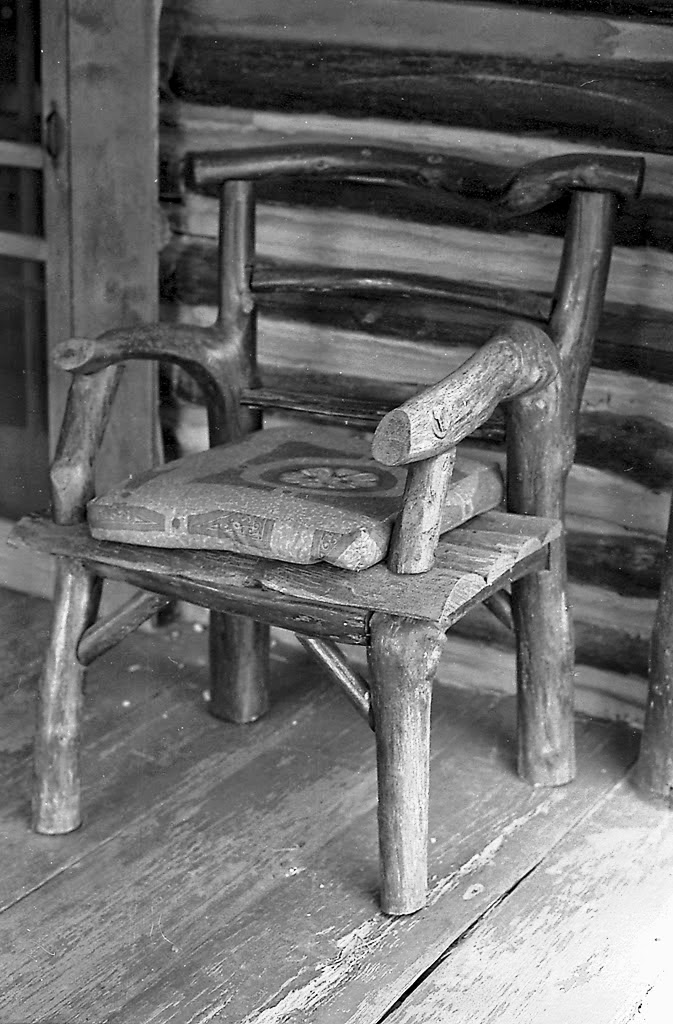 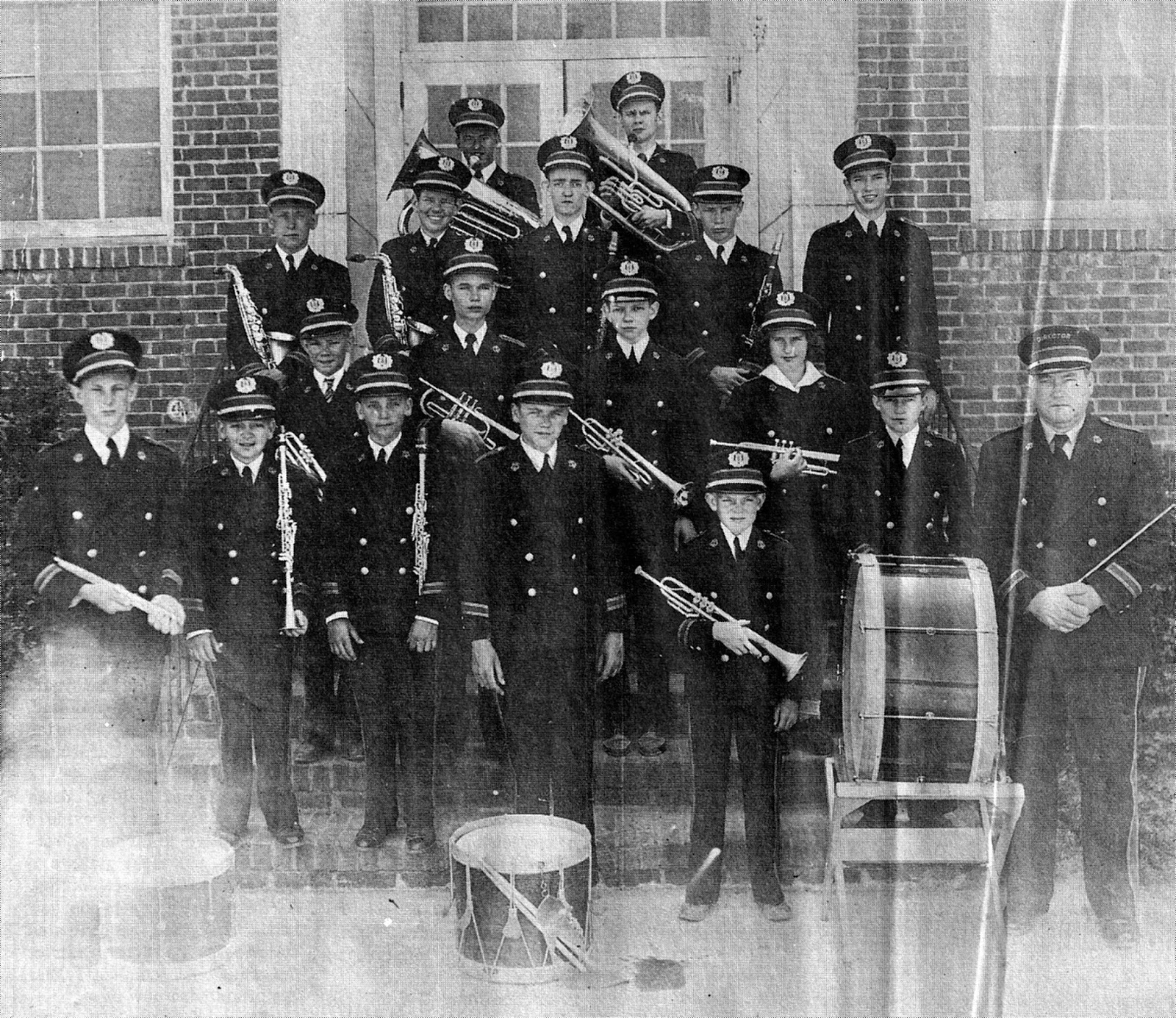 While the newspaper article (The Caswell Messenger) was dated July 1968, the accompanying photograph was from the 1940s.
Posted by RSF at 11:48 AM No comments: 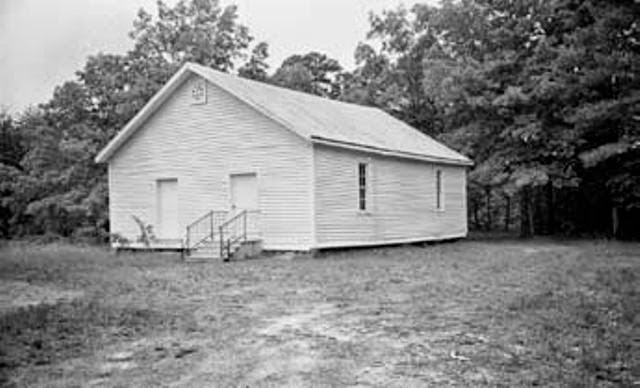 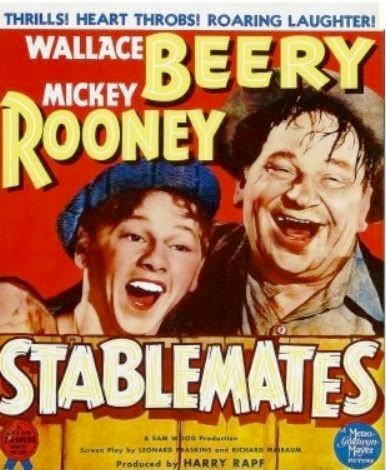 The Caswell Theatre (Yanceyville, North Carolina)The Caswell Messenger (Yanceyville, North Carolina) (22 October 1938): "The Caswell Theatre will open here on November 3, 1938." This was a Thursday.The theater was operated by the North Carolina Amusement Company owed by Dr. Henry C. Carr. There was a single screen, and the seating capacity was 386. The building originally was a store owned by James Monroe Neal (1818-1884) and his son Louis M. Neal (1853-1904). The second-story floor was removed, and the second-story windows bricked in.The first movie shown was "Stablemates," starring Wallace Berry and Mickey Rooney. It was an MGM production.The manager of the theatre was E. W. Sell. Robert Garland Haire (1916-1997) of Burlington, North Carolina, operated the sound and projection equipment. Corinna Jewell Pleasant (1918-2003) was at the ticket window, assisted by her mother Ida Sue Clayton Pleasant (1884-1974).Saturday matinees were at 1:00 pm for the admission price of 10¢ (children) and 20¢ (adults). Evening movie times were 7:00 pm and 9:00 pm. The admission price was 10¢ (children) and 25¢ (adults).The Caswell Messenger reported in January of 1958, that the theatre closed the week of Christmas 1957. The manager at the time was George Albert Holt (1912-1976). The building apparently was purchased by the owners of Watlington's On The Square, and used as a warehouse for many years.

I have done some research on the theatre. According to the October 27, 1938, edition of The Caswell Messenger, the theatre opened on Thursday, November 3, 1938. The theater was operated by the North Carolina Amusement Company owed by Dr. Henry C. Carr. The first movie shown was by MGM. The movie was Stable Mates, starring Wallace Berry and Mickey Rooney. Matinees were on Saturdays at 1:00 for the admission price of 10¢ and 20¢. In the evenings movie times were 7:00 and 9:00. The admission price was 10¢ and 25¢. The manager of the theatre was E. W. Sell. Garland Haire operated the sound and projection equipment. Corinna Pleasants was at the ticket window and was assisted by Ida Pleasants. The Caswell Messenger reported January of 1958, that the theatre closed the week of Christmas 1957. Source: Sandra Aldridge 2015
Posted by RSF at 1:21 PM No comments: