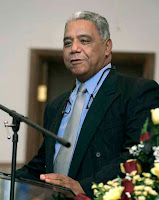 Reporting on Haley's opening the "Reel Backwoods" Film Festival, The Caswell Messenger made the following observations:

. . . . Caswell County is more famous than we realize. "Chicken George" was from Caswell County and William Haley will interest and intrigue you as he explores "your roots" and discusses his late father's masterpiece.

"Chicken George", a Haley [ancestor], was a free black whose family was enslaved right here in Caswell County on the Tom Lea Plantation until he bought their freedom. The story of "Chicken George", his mother Kizzy and other family members are just one offshoot of the many "family roots" Haley's father detailed in his critically acclaimed novel.


However, was this "Chicken" George, made famous in by Alex Haley in Roots, actually born in Caswell County, North Carolina, the illegitimate son of slave owner Tom Lea and his female slave Kizzy Kinte (daughter of Kunta (Toby) Kinte and his wife Bell)? For a synopsis of the novel go to Roots.


The genealogical research done by Haley in support of his novel, the essential facts of which he claimed were true, has been severely criticized. To see some of this criticism go to Roots Revisited.

For example, an article by Elizabeth Shown Mills and Gary B. Mills in National Genealogical Society Quarterly (March 1984) states that Tom Lea, the slave owner who Haley says fathered Kizzy's child "Chicken" George, did not own the other slaves that Haley says he owned. There are also other, chronological problems with the account of George's escape from his father's (Tom Lea)ownership.

Also recall that in the novel a John Waller of Spotsylvania County, Virginia, purchased Kunta Kinte at auction and was responsible for cutting off part of the slave's foot to discourage his running away. Mills and Mills show a connection that Haley missed between the Wallers of Virginia and the Leas of North Carolina—the Leas had come from the same corner of Spotsylvania County (the two families may have been related). Also, the Waller family of Virginia did own a crippled slave (recall the scene where "Toby" is maimed for his escape attempt), but it was not Toby. It was a man called Hoping [Hopping] George, who was owned by Colonel William Waller (father of brothers William and John Waller whom Haley believed to have owned Kunta Kinte). As "George" was a name common in Alex Haley's family, and Colonel William Waller also owned a slave named Isabell (Kinte's wife was supposedly named "Bell"), this might have been the true ancestor of Haley.

For a bibliography of critical articles on Roots, see National Genealogy Society Quarterly (December 2003).
Posted by RSF at 4:54 PM