Pursuant to adjournment, delegates from the Banks within the Confederate States of America, called by virtue of certain resolutions of the Legislature of the State of Tennessee, convened here this day.
The President having called the Convention to order, requested the gentlemen representing their several Banks to register their names, whereupon the following delegates presented themselves: 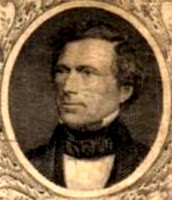 Resolved, That this Convention documented to all the Banks in the Southern Confederacy to receive in payment of all dues to them the Treasury notes of the Government, to be issued under the act of Congress of May 16, 1861, and also to receive the same on deposit, and pay them out again to customers.

Resolved, That, until the said Treasury notes can be prepared and issued, it be recommended to all the Banks that they do agree to advance to the Government, in current notes, such same severally as may be agreed upon between them and the Secretary of the Treasury. The said advance to be made on the deposit with the Banks of Treasury notes of large denomination or 8 per cent stock or bonds.

Resolved, That all the Banks in the Southern Confederacy are earnestly urged to take immediate action on the foregoing resolutions, as a measure of the greatest importance to the Government, and the people, and communicate the same without delay to the Secretary of the Treasury at Richmond.

Resolved, That it be recommended to all the railroad companies in the Southern Confederacy to receive the Treasury notes in payment of fares and freight.

Resolved, That the Legislature of the several States be recommended to make it lawful for their tax-collectors and other officers to receive the Treasury notes in payment of taxes and all other public dues.

Resolved, That all the States, cities and corporations having coupons payable in the city of New York, or elsewhere in the enemy's country, be requested, during the continuance of the war, to appoint some place of payment within the Confederate States, and to give their creditors notice of the same.

Resolved, That the committee recommend that when this Convention adjourns, it adjourn to meet again on the 24th day of July, at Richmond, Va., and that all the Banks not represented in the Convention be requested to send delegates to the adjourned meeting at Richmond.

The President informed the meeting that the Secretary of the Treasury authorized him to state that he had received letters from the various Banks represented in the last meeting of the Convention, agreeing to conform to the above resolutions.

Resolved, That when this Convention adjourns, it adjourn to meet to- morrow, at 10 o'clock, A. M.

On motion of George A. Trenholm, Esq., the following resolutions were adopted:

Resolved, unanimously, That this meeting, representing a large proportion of the banking capital of the Confederate States, avail themselves of this occasion to express their hearty approval of the policy of the Government, in prosecuting with the utmost, vigor the war of our independence.

Resolved, unanimously, That is the duty of the Banks, capitalists, and property-holders generally, to give the Government all the support in money and other means demanded by the war.

Resolved, unanimously, That it is the opinion of this meeting that the capital resources of the country are abundantly adequate to supply all the demands created by the war, and that this Convention will cheerfully contribute its aid to render those resources available to the people and the Government.

Resolved, That a committee of one from each State be appointed to receive and report upon any measures that may be proposed for the adoption of this meeting.

The President appointed the following committee in accordance with the above resolution: