Trouble on the tracks

N.C. Railroad should collect its facts, consider its course

The North Carolina Railroad has been making news -- and arousing controversy -- ever since 1848, when the General Assembly created a railroad to connect the Piedmont with Eastern North Carolina. In 1896, when the state granted Southern Railway a 99-year lease to run the railroad, the payment was so low that Josephus Daniels, editor of the (Raleigh) News & Observer, thundered it was "The Crime of the Century."

It would be another century before the state regained control of the railroad. In 1999 the state bought all the privately held stock, making the NCRR fully state-owned. It was the right decision. The railway's 317-mile corridor links the state port at Morehead City with the capital in Raleigh and the population centers of the Piedmont Crescent. That means the state will be better able to plan for freight and passenger travel in many of the fastest-growing counties.

To plan sensibly, the NCRR has to take stock of what it owns and what's in the way. Since the 19th century, the right of way has shifted and uses along it have varied considerably from one segment to the next. The railroad is entitled to plan how to use its resources to the state's best advantage. But it made an enormous gaffe by demanding rent from property owners whose businesses lie in the right of way and in some cases requiring them to buy insurance if they're too close to the tracks.

That may seem to be good business on the railroad's part, but it risks undermining public support for the good things the railroad hopes to do to improve transportation across the state. It paints the N.C. Railroad as a modern-day descendant of the 19th century's railroad robber barons -- including their disdain for appearances. N.C. Rep. Jeff Barnhart, a Cabarrus County Republican, wrote to the railroad, "It sure does appear to many that the big guys are just trying to take advantage of the little guys."

Some of the businesses have deeds of sale that don't mention a word about the railroad or the possibility they may be trespassing on the railroad's 200-foot-wide right of way, let alone any liability for paying rent. That why state Rep. Barnhart is calling for a legislative study of how the railroad property is managed.

The N.C. Railroad should complete its right of way study, analyze which businesses and residences lie within it and discuss with legislative officials how to make the best use of the property. That includes establishing an orderly process to collect any rent the state is entitled to. That may require looking at how the use of the railroad property evolved, and how property owners might seek compensation from title insurers or those who prepared or sold flawed deeds.

A complex process? Perhaps. But suddenly demanding rent from people who have owned property and paid taxes on it for years will serve only one purpose: to stir up hostility toward a railroad whose key goal, after all, is to serve the public. That's crazy. 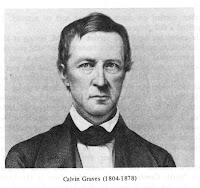 1848 -- N.C. Senate President Calvin Graves of Caswell County casts tie-breaking vote to build railroad from Goldsboro through Raleigh to Charlotte, funded by $2 million from state and $1 million from private investors. Vote ends his political career because competing route would have gone through his district and this one didn't.

1897: Gov. Dan Russell sues unsuccessfully to invalidate lease to Southern Railway, claiming it was fraudulent and rent was too low. 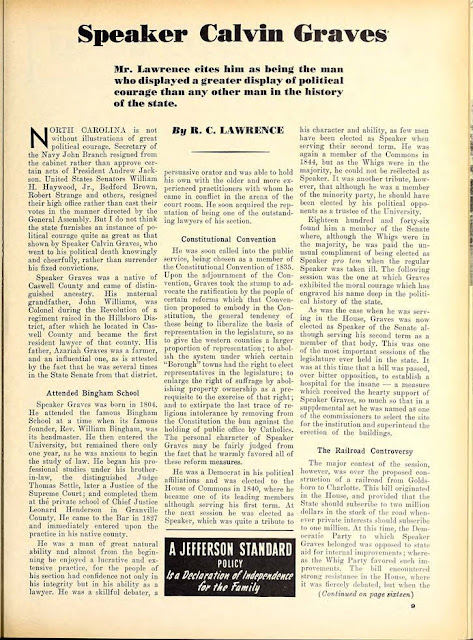 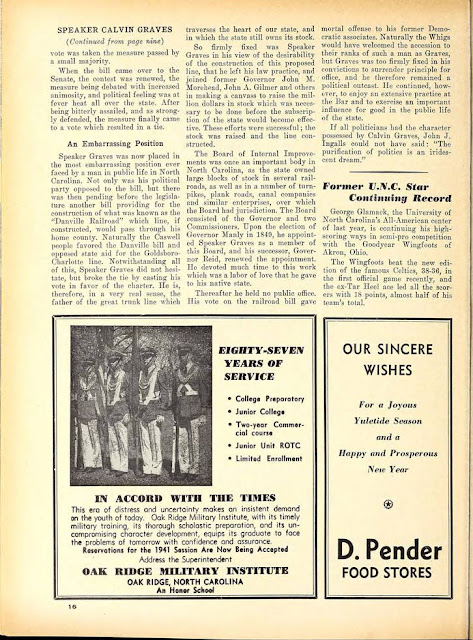