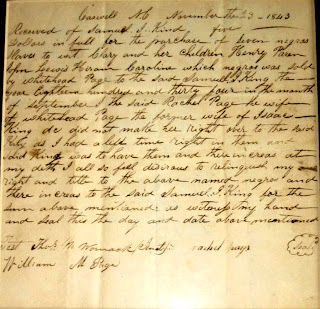 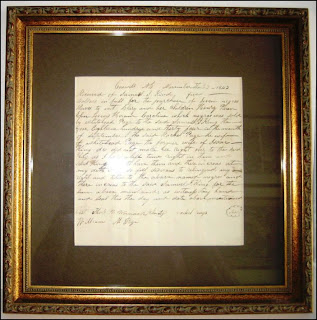 This document is a slave bill of sale for the purchase of seven negro slaves. The text of the document is as follows (and as written).

Received of Samuel J. King, five dollars in full for the purchase of Seven negros slaves to wit Clary and her children Henry Paren John Lewis Hiram Carolina which negros was sold by Whitehead Page to the said Samuael J. King the year Eighteen hundred and thrity four in the month of September. I the said Rachel Page the wife of Whitehead Page the former wife of Isaac King he did not make her right over to the said King as I had a life time right in them and said King was to have them and there increases at my deth. I all so feel disirous to relinquish my right and title to the above named negros  and there increases to the said Samuel J. King for the sum above mentioned as writen my hand and seal this day and date above mentioned. 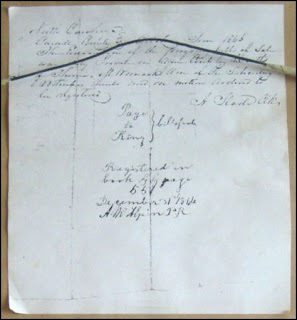 On the back side of the frame is a photocopy of the reverse side of the slave bill of sale. It states that this bill of sale, Page to King, was duly recorded and registered in Caswell County, N.C. in book GG, page 551 on December 31, 1846. 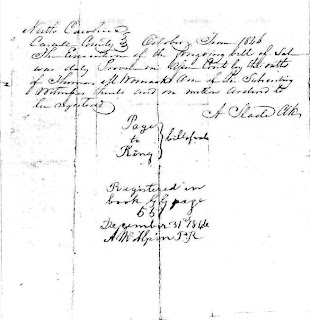