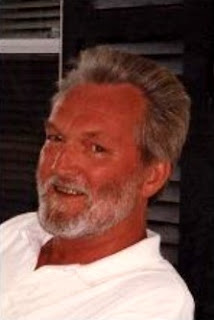 Mr. James Stanley McCullock, age 72, of Yanceyville, died Monday, November 15, 2010 at Alamance Regional Medical Center after several years of failing health. Born in Orange County, he was the son of the late Otho Thomas McCullough and the late Betty Frances Parker McCullough and was married for over 51 years to Mrs. Mary Jo Cheek McCullock, who survives. James was retired from Burlington industries and had over 43 years of service. Mr. McCullock is survived by his wife of the home; two sons, Joel McCullock and his wife, Nina, of Hurdle Mills, NC and Shannon McCullock and his wife, Kim, of Knoxville, TN; a grandson, Ryker McCullock; a sister, Iris McCullock McGee of Graham; and a brother, Bobby McCullock of Graham. He was preceded in death by his parents; a sister, Hazel Cooley; and two brothers, Buddy McCullock and Aubrey McCullock. There will be a private family service at a later date. You may sign the online register book at www.lowefuneralhome.com
_______________