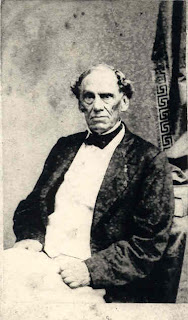 He was elected to the United States senate in 1829, as successor to Senator Branch, who resigned to accept the portfolio of the navy in Jackson's cabinet. He was re-elected in 1835, and, resigning his seat in 1840, because of his inability to conscientiously obey the instructions of the general assembly of North Carolina, was elected to the state senate in 1842, and in 1843 was an unsuccessful candidate for U. S. senator. For a time he resided in Missouri, but afterwards returned to Caswell County, N. C., where he died Dec. 6, 1870.

Though Brown remained a staunch Unionist until the beginning of the Civil War, he voted for secession on 20 May 1861. Following the war, he served in the convention of 1865 and advocated a speedy return to the Union. In the same year he was narrowly defeated for Congress. Two years later, Governor Johathan Worth sent him to Washington as a commissioner to discuss readmission to the Union.

In 1868, Brown was again vice-president of the state's delegation to the Democratic National Convention, and in the fall he was elected again to the state senate. The Republican-controlled senate, however, refused to allow him to be seated. His place was taken by John Walter Stephens, who two years later was murdered by the Ku Klux Klan.

Set forth below are Brown's Civil War pardon petition and oath of allegiance. Click on the documents for a larger image. 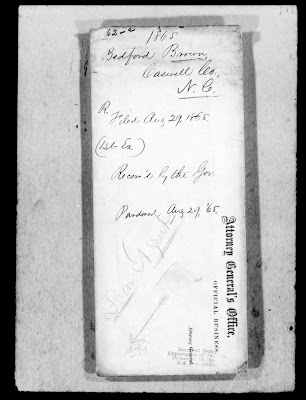 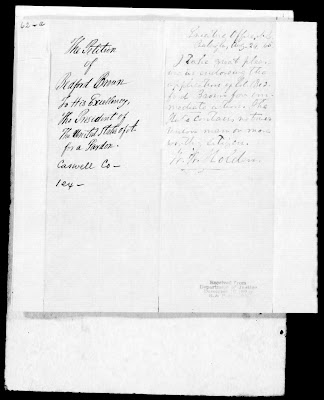 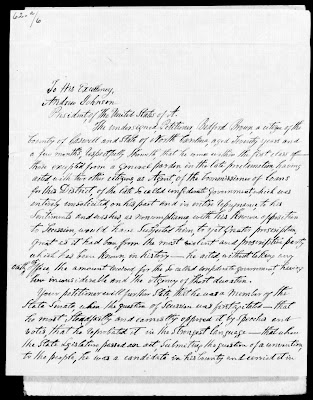 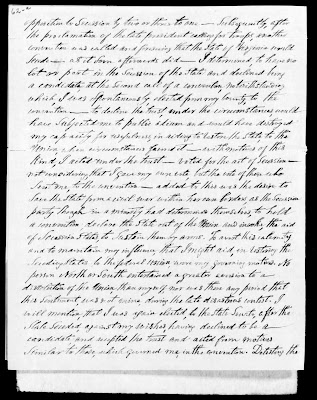 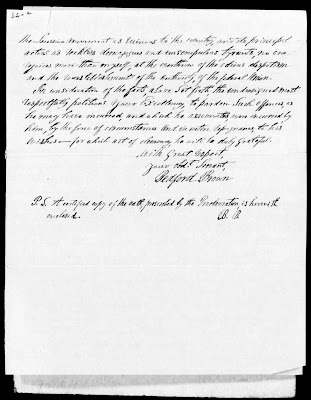 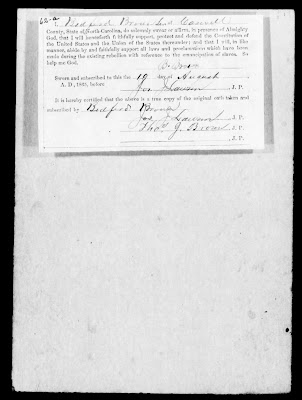 At the end of the Civil War, President Andrew Johnson’s proclamation of May 29, 1865 provided for a general amnesty with some exceptions. Former Confederates not covered by the general amnesty were required to request a pardon and amnesty. These requests were evaluated on a case-by-case basis.

The applications consist of statements of the petitioner and an oath of allegiance. In many files there are recommendations from prominent citizens for clemency, or letters from relatives or friends asking for compassion.

Approximately half of the applications are from individuals excepted under the proclamation of May 29, 1865 because of their ownership of property valued at more than $20,000. Under Johnson’s proclamation there were 14 classes of persons not covered under the General Amnesty (the first seven were from previous amnesty proclamations during the Lincoln administration):

President Johnson would issue three later amnesty proclamations. One, which reduced the number of excepted classes to three, reducing the number of cases to about 300. His second proclamation covered all but a few Confederates, including Jefferson Davis and Robert E Lee. On Christmas Day 1868, Johnson’s third proclamation gave amnesty to all unconditionally, and without reservation to all who had participated in the rebellion.

These records are also called “Case Files of Applications from Former Confederates for Presidential Pardons” or “Pardon Petitions and Related Papers Submitted in Response to President Andrew Johnson's Amnesty Proclamations of May 29, 1865, (“Amnesty Papers”)”.

Permalink
Posted by RSF at 3:47 PM