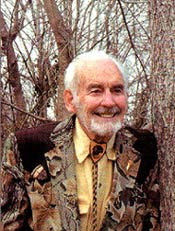 Wildlife biologist Wayne Bailey, formerly of Milton, died February 27 [2007] in Danville [Virginia] after a long battle with cancer, his daughter Cheryl Hardy said. Mike Seamster of Providence [Caswell County, North Carolina], who continued the work Bailey started during his career as an upland game bird biologist with the N. C. Wildlife Resources Commission, said, "Wayne was not only a friend of mine and a mentor, but he was the person responsible for turning around the wild turkey population in North Carolina. I credit him with laying out the road map that we've [been] able to follow since then to restore turkeys across the state."

The National Wild Turkey Foundation state on its web site, "It was Bailey who began the process of live-trapping wild turkeys in the 1950s and relocating them elsewhere to restore populations." Bailey used his methods to turn a declining turkey population around in North Carolina from 1970 through 1980 . . . . As a biologist, Bailey used science to help the wild turkey, but even after death he continues to help others through science. Bailey donated his body to be used in studies at the Science of Anatomy at the University of North Carolina at Chapel Hill.

Cheryl Hardy said a memorial service celebrating her father's life would be held the afternoon of April 1 at the Institute for Advanced Learning and Research in Danville.

MILTON, N.C. - Rolfe "Wayne" Bailey, 89, of 59 Broad St., Milton, died Tuesday, Feb. 27, 2007, at Piney Forest Health Care Center in Danville. Born Jan. 23, 1918, in Rock, W.Va., he was the son of the late Leonard Bailey and the late Hattie Mae Bailey Bailey. Mr. Bailey was the last surviving member of his generation. He was a graduate of Concord College in Athens, W.Va., and retired as a biologist for the states of West Virginia and North Carolina. An avid hunter and fisherman, he was widely known for his work in wildlife management, and particularly for his expertise in wild turkey management and restoration.

He was involved in research and wrote numerous articles, and was the author of "Wayne's Turkey World (Sixty years of hunting)." Throughout his long successful career, Mr. Bailey was the recipient of many state and national conservation awards and was inducted into the Wildlife/Turkey Hunter's Hall of Fame for Ohio, Pennsylvania and North Carolina. He was a founding member of the National Wild Turkey Federation and received the National Wild Turkey Federation Lifetime Service Award from the West Virginia Chapter and, most recently, the 2006 D.A.R. Conservation Award for Virginia.

He was married to the late Florence Manley Bailey, who died in 1998. He is survived by a son, Emmett G. Bailey, of LaGrande, Ore.; two daughters, Janice B. Nicowski, of Key West, Fla. and Cheryl B. Hardy, of Danville; three grandchildren, Michael E. McDuffie, of Charlotte, N.C., Rebecca Chappelear Harris, of Goochland, and Demian Alfred Wayne Bailey, of Seattle, Wash.; and five great-grandchildren. Mr. Bailey is also survived by his special friend, Nancy Woods, of Chapel Hill, N.C.

A celebration of Mr. Bailey's life will be held at a later date. The family respectfully requests that in lieu of flowers, donations go to The National Wild Turkey Federation, ATTN: Mark Olis, P.O. Box 530, Edgefield, SC 29824. Barker Funeral Home is in charge of arrangements. 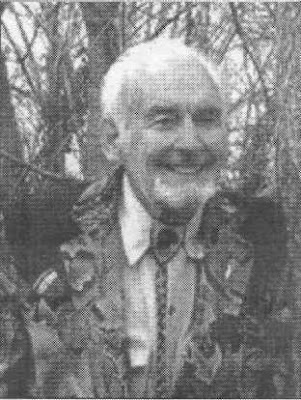 A memorial service celebrating his life will be held the afternoon of 1 April 2007 at the Institute for Advanced Learning and Research in Danville, Virginia:

South -- Take 29 North Bypass. Exit right onto Highway 58 East towards South Boston. Turn right onto River Point Road (across from Wendy's). Turn left onto Slayton Avenue at the Cyber Park sign. The IALR is on the hill.

East -- From South Boston on Highway 58 West, take a left at the Wendy's before you get to Danville. This is River Point Drive. Take another left onto Slayton Avenue at the Cyber Park sign.

Raleigh Durham International Airport -- Take I-40 West to Highway 147 (Durham Freeway). Stay on 147 until it merges onto I-85 South. Take Exit #170 on US-70 toward Hillsboro. Stay straight on US-70. Turn right onto Highway 86 North in Hillsboro. Take a right onto Highway 29 North. Exit at River Park Drive / Dan Daniel Memorial Park exit. Turn right at the top of the ramp, then left on River Point Drive. Turn Right onto Slayton Avenue at the Cyber Park sign. 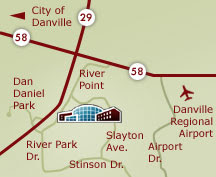