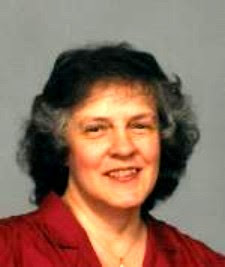 Jane Poteat Byrd, age 74, of 216 Westmore Drive, Danville, passed away on Saturday, November 27, 2010 in Danville Regional Medical Center. Born September 18, 1936 in Caswell County, NC, she was the daughter of the late Allie W. Poteat and Virginia Hayden Poteat. She lived most of her life in Danville where she worked for the Danville Pittsylvania Community Services program as a Support Specialist, working with adults with intellectual disabilities for 18 years before retirement. She was a homemaker and cared for a handicap child. Mrs. Byrd enjoyed bowling, was past President of the Druid Hills Women's Club, and was a member of Providence Baptist Church. Mrs. Byrd is survived by her husband: William T. "Bill" Byrd of the residence; one son: Keith Byrd and his wife Joan of Valrico, Florida; one daughter: Joanne Byrd Woods and her husband Mike of Yanceyville, NC; two sisters: Margaret Turner of Jackson, Mississippi, Jeanette Turner of Blanch, NC; four grandchildren: Cassie Baumgardner and her husband Travis of Lithia, Florida; Katie Byrd of Valrico, Florida, Landon Woods and Jamie Woods, both of Yanceyville, NC; one great-grandson: Jacob Baumgardner of Lithia, Florida.

In addition to her parents, she was preceded in death by one son: Jack Byrd; five brothers: Richard Poteat, Allie Poteat, Jr., Raymond Poteat, Billy Poteat, and Donald Poteat; and by one sister: Mary Millner. Funeral services officiated by Rev. Lee Cook will be held on Tuesday, November 30, 2010 at 11:00 a.m. at the Swicegood Funeral Home Chapel. Interment will follow in the Weal Presbyterian Church Cemetery in Chatham, VA. The family will receive friends at the funeral home on Monday, November, 29, 2010 from 7 until 8:30 p.m., and at other times, they will be at the residence on Westmore Drive. The family respectfully requests that in lieu of flowers, donations be made to the Weal Cemetery Association, 201 Cathy Drive, Danville, VA 24540. Please sign the guestbook at www.swicegoodbarker.com or www.godanriver.com.
_______________

Permalink
Posted by RSF at 3:58 PM