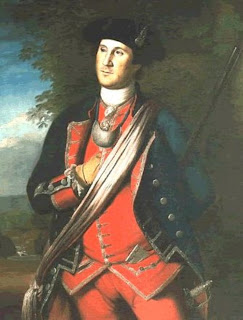 What possible connection could President George Washington have to Milton, Caswell County, North Carolina? He did not sleep there, even though residents at one time circulated that fable (that he slept at the Union Tavern). Nor is he known to have ever visited Milton. The only documented visit by George Washington to Caswell County was the night he stayed at the home of Dudley Gatewood during Washington's "Southern Tour" (3 June 1791).

No, the Milton connection is not physical, it is a family one (at least by marriage) and involves the family of famous explorer Meriwether Lewis!
_______________ 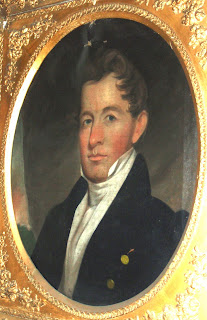 A historic home in Milton is known as the Clay-Lewis-Irvine-Thomas House. It sits atop the hill and has a commanding view of the countryside. Its second owner was Nicholas Meriwether Lewis, who was born in Caswell County, North Carolina (1801-1889).

Permalink
Posted by RSF at 1:43 PM