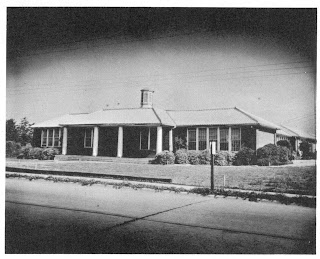 The progress of society and civilization depends upon the education and virtue of the people; great improvements, therefore, have been made since the first settlement of the county. From 1750 to twenty-five years after, it is computed that not more than one-third of the inhabitants could read, and scarcely half that number could write a legible hand; from 1775 to 1800 what was then called a common English education, viz: "to read, write and cypher as far as the rule of three," was given to a little more than half the inhabitants, but from 1800 up to the present time the progress of civilization and literature has been greater than for perhaps fifty years antecedent to that time. The great revival of religion about that period seems to have contributed much to the discrimination of morality, sound principles and good order in society; but as the naturalists have observed every calm is succeeded by a storm, and accordingly many of the inferior class of society appear now more depraved than ever.

For the progress of literature in the inferior branches of an education, such as reading, writing, and arithmetic since 1800, the people of this county are much indebted to Mr. Robert H. Childers. Greater improvement in writing could not be expected from any man; at least one-half of the youth of the county who write well, were taught, either directly or indirectly, by this excellent pensman.

Situated within a quarter of a mile of the Court House is Caswell Academy. The plan of Caswell Academy was first conceived and brought to public view in the winter of 1801. Early in the succeeding year between five and six hundred dollars were subscribed, and during the year 1803 it was completed for the reception of students. The Rev. Hugh Shaw and Bartlett Yancey were the teachers for the first two years; the number of students was from fifty-five to sixty-five each year. From that period the institution was not in a very flourishing state until 1808, since which time it has prospered much under the direction of Mr. John W. Caldwell -- a gentleman educated in Guilford by his father, the Reverend David Caldwell, well known ill the state for his services in disseminating literature, morality and religion among his fellow citizens. The funds of the Academy at present are low; it is now, and always has been, dependent on the liberality of the trustees of the institution, and a few other public-spirited gentlemen of the county for support; no library of consequence is yet established -- a plan has, however, been suggested and is now going into operation by which it is hoped that a good library will be procured in a few years. The number of students is at present thirty-eight.

Hico Academy, situated near the "Red House" in Caswell, was erected, it is believed, in 1804, by a number of public-spirited gentlemen in that part of the county. Mr. Shaw, after he left Caswell Academy became the teacher at this Academy for two or three years, during
which time, it is believed, it had between thirty and forty students. It has since that time been on a decline, and about the middle of last month it was consumed by fire. There had been a school taught in it this year, but no fire had been used in it for several months previous to its being burnt; it is generally believed that some vile incendiary put fire to it, for the purpose of consuming it. The trustees have, however, determined to rebuild it of brick upon a more extended plan.

Since the establishment of these institutions the progress of virtue and of science in the county has exceeded the most flattering hopes of the friends of literature. The education that has been acquired there by our youth seems to have benefitted, not only its votaries, but to have imparted its blessing to all around them. The inhabitants generally are more enlightened -- me who thirty or forty years ago were considered the best informed and most learned among us are now scarcely equal in point of information to a school-boy of fifteen years. The venerable fathers are, however, almost to a man (those that are able) the supporters of seminaries of learning; they seem to look forward with pleasing anticipation to the utility their country will derive from the cultivation of the minds of our youth; there are, however, some designing demagogues, "wolves in sheep's clothing," who, because they can read a chapter in the Bible (when it is in large print) and drag over a congressional circular (after a manner) think they have learning enough, wish to excite prejudice against the institutions and their students -- "but black sheep are to be found in almost every flock."

Since the commencement of the year 1804 this county has sent the following students to the University of this State, the foundation of whose education (except one) was laid at these institutions, viz: Saunders Donoho, Bartlett Yancy, Edward D. Jones, James W. Brown, Romulus M. Saunders, David Hart, and John W. Graves; besides them the following students received the rudiments of their education at Caswell Academy: Dr. Horace B. Satterwhite, now of Salisbury; William W. Williams, of Halifax, Virginia; Archibald Haralson, of Person; Elijah Graves, of Granville, and James Miller, of Person.

Caswell is not distinguished for men of talents. We have no men of the first rate talents, but a great number are entitled to the rank of mediocrity and some above it. These are all natives, for we have no spreeing Irishmen, revolutionizing Frenchmen, or speculating Scotchmen among us.

In this county there are five practicing physicians: Dr. John McAden, Dr. William S. Webb, Dr. Samuel Dabney, Dr. James Smith, and Dr. Edward Foulks. Of the profession of the law, now residing in the county, are the following gentlemen: Bartlett Yancey, Edward D. Jones and Solomon Graves, Jr. The order in which each professional character is named denotes the priority of time in which they commenced the practice of their profession.

There are two societies in the county constituted for intellectual improvement. One at Caswell Academy and another at the tavern of Jethro Brown, Esq. Their exercises are most polemical. We have no public library in the county.

About two years ago several gentlemen of Caswell and Person had formed themselves into a society for the encouragement of the arts and agriculture; but that spirit of emulation and national pride which then characterized all seems not to be possessed by a few only. Little has been done for the progress and promotion of this society as yet.

Caswell is a very healthy part of the country. The common diseases of the inhabitants are nervous and bilious fevers. The remedy for the most part is stimulants and purgatives, the composition of which is best known to the physicians.

The amusements of the polite part of society consists in balls, tea parties and visiting parties. Those of an inferior class consist of Saturday night frolics, now become almost obsolete; shooting matches and horse-racing, afford amusement to the better sort of men, and now and then may be seen a party with an old rusty pack of cards amusing themselves for whiskey. The only Sporting Club in the county is the "Jockey Club" of the Caswell Turf.

Photograph: Bartlett Yancey School (Yanceyville, Caswell County, North Carolina), which was built 1923. Click on the photograph for a larger image.
_______________

Permalink
Posted by RSF at 2:53 PM