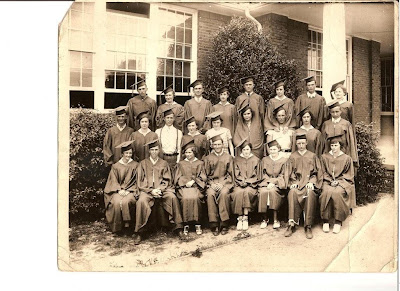 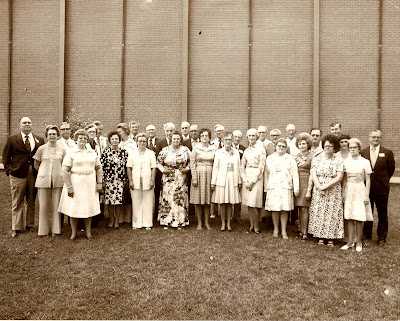 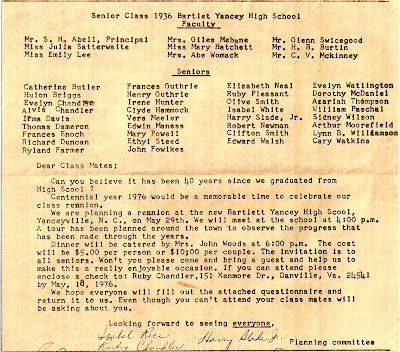 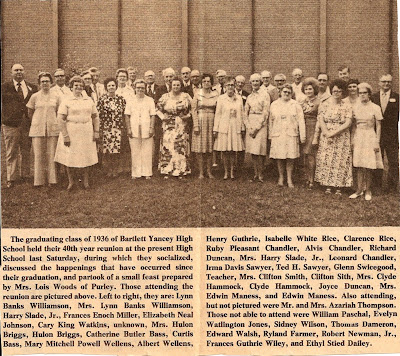 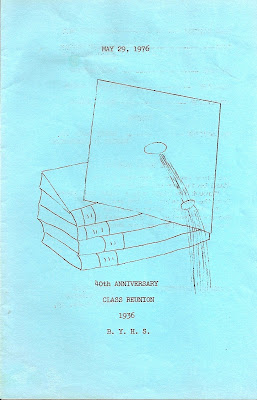 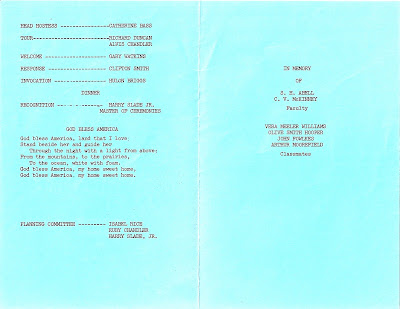 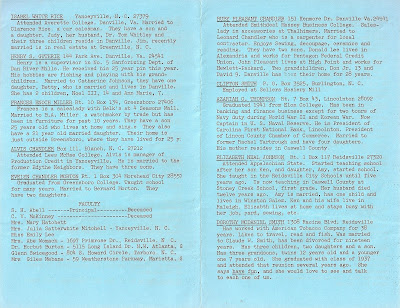 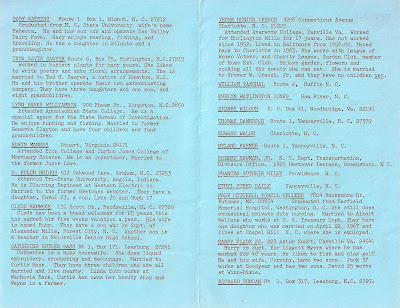 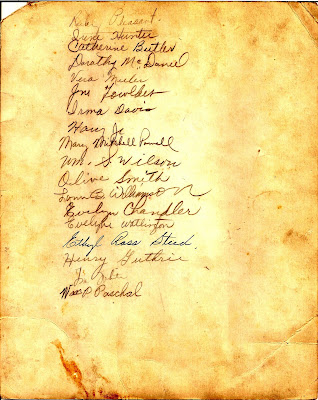 Miss Julia Satterwaite, teacher, may be the wife of Robert Lee Mitchelle, Jr. (his father was Clerk of the Caswell Court in the 1920s).

Mary Hatchett shown as a teacher may have married Claude Price, who operated Price's Super Market on the Square in Yanceyville.

There was a Meeler family from Leasburg.

There was a Maness family that lived in Yanceyville for what seemed a short while. The family head may have been associated with one of the hosiery mills.

Harry Slade, Jr., Harry Clay Slade, Jr. (1917-1981), was part of the large Slade family from Purley. They inter-married with the Hodges, Daileys, and Woods. Thus, it was logical that Mrs. Woods catered the event. She was Lois Burton Woods (1908-1988), mother of John B. Woods and Andy Green Woods.

Robert Newman, Robert Pulliam Newman, Jr. (born 1917), was from Leasburg. He was a cousin of the Annie Newman who married Johnny Gunn (Ford dealership and for whose family the Gunn Memorial Library in Yanceyville is named).

Azariah Graves Thompson, Azariah Graves (Azzie) Thompson, Jr. (1918-2004) was from the Thompson family in Leasburg. He went on to become president of a fairly large bank. His mother's sister was Dorothy Yarbrough Zimmerman, long the school supervisor in Caswell County.

Sidney Wilson probably is William Sidney Wilson (1919-1994). He was a very interesting chap. As an engineering student at NC State he invented the first modern electric guitar. An article appeared on him in the January 2009 issue of Our State magazine.

Teacher Mrs. Giles Mebane was the former Edna Earl Watkins (1885-1988), daughter of Daniel Gunn Watkins and Lydia Ann Powell. Her husband operated dry cleaning business in Yanceyville. But Little & Lea may have been the first dry cleaners in business (operated by the prominent Little and Lea families).