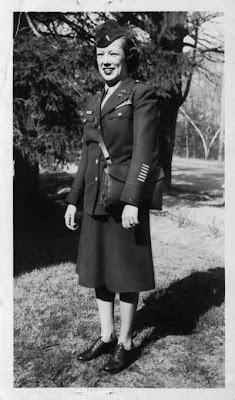 Evelyn B. Whitlow, Nurse and POW

The Whitlow family of Leasburg in Caswell County saw six (four sons and two daughters) of their twelve children in military service during World War II. Evelyn B. Whitlow was the first of the family to join the military. In May 1940 she joined the Army Nurse Corps (ANC) as a second lieutenant. Whitlow was serving as a nurse in the Philippines when Pearl Harbor was attacked on December 7, 1941. She was among the eighty-one army and navy nurses captured following the fall of the Philippines on May 7, 1942. Known as the Angels of Bataan and Corregidor, these nurses were the first group of American women taken as prisoners of war. For three years she remained in Santo Thomas, a Japanese internment camp outside Manila, until being liberated on February 3, 1945. After the war she left the ANC, married a fellow POW from Santo Thomas, and moved to California. Whitlow died at the age of 78 in 1994.

For more on Evelyn Barbara Whitlow and her family visit the Caswell County Family Tree.

_______________
Set forth below are additional descriptions of the ordeal through which First Lieutenant Whitlow went. Note that she was promoted as a result of her gallant actions.

Nurses endured hardships caring for their patients. In May 1942, with the fall of Corregidor in the Philippines, 67 Army nurses became Japanese prisoners of war. During the thirty-seven month captivity, the women endured primitive conditions and starvation rations, yet they continued to care for the ill and injured in the internment hospital. On Anzio, nurses dug their foxholes outside their tents and cared for patients under German shellfire. Their example bolstered the spirits of the soldiers who shared the same tough experience. By war's end, 215 brave nurses died for their country.

6 May 1942 With the fall of Corregidor, 66 Army nurses remained in the Philippines as prisoners of war of the Japanese. The 54 Army nurses and a former Army nurse captured on Corregidor cared for American military patients there until 25 June 1942. In August, they were moved to the Santo Tomas Internment Camp for civilians. In September, they were joined by 10 Army nurses captured earlier on Mindanao. The first of two nurses captured at Baguio arrived a year later; the second nurse arrived from another prison camp on 4 February 1945, one day after their liberation. Although denied the privilege of caring for military patients at Santo Tomas, except for the few wounded during the liberation of the camp, they continued to care for the sick in a camp hospital under the able leadership of Capt. Maude C. Davison during their entire internment until relieved by Army nurses who arrived on 9 February 1945. The former Army nurse joined the Army Nurse Corps upon liberation, to make 67 who had been prisoners of the Japanese. On 18 February 1945, each of the Army nurse prisoners of war received the Bronze Star Medal and a promotion of one grade in ceremonies on Leyte before departing for the United States. The last nurse prisoner of war to remain on active duty with the Army Nurse Corps was Lt. Col. Hattie R. Brantley, who retired on 1 February 1969.


Early Operations in the Pacific

The Army Nurse Corps listed fewer than 1,000 nurses on its rolls on 7 December 1941, the day of the Japanese surprise attack on Pearl Harbor. Eighty-two Army nurses were stationed in Hawaii serving at three Army medical facilities that infamous morning. Tripler Army Hospital was overwhelmed with hundreds of casualties suffering from severe burns and shock. The blood-spattered entrance stairs led to hallways where wounded men lay on the floor awaiting surgery. Army and Navy nurses and medics (enlisted men trained as orderlies) worked side by side with civilian nurses and doctors. As a steady stream of seriously wounded servicemen continued to arrive through the early afternoon, appalling shortages of medical supplies became apparent. Army doctrine kept medical supplies under lock and key, and bureaucratic delays prevented the immediate replacement of quickly used up stocks. Working under tremendous pressure, medical personnel faced shortages of instruments, suture material, and sterile supplies. Doctors performing major surgery passed scissors back and forth from one table to another. Doctors and nurses used cleaning rags as face masks and operated without gloves.

Nurses at Schofield Hospital and Hickam Field faced similar difficult circumstances. The chief nurse at Hickam Field, 1st Lt. Annie G. Fox, was the first of many Army nurses to receive the Purple Heart. Established by General George Washington during the Revolutionary War, this decoration originally was for "outstanding performance of duty and meritorious acts of extraordinary fidelity." After 1932, however, the medal was usually restricted to those wounded or injured by enemy action. Although unwounded, Lieutenant Fox received her medal for "her fine example of calmness, courage, and leadership, which was of great benefit to the morale of all she came in contact with." The citation foreshadowed the nurses' contribution to World War II.

Throughout 1941 the United States had responded to the increasing tensions in the Far East by deploying more troops in the Philippines. The number of Army nurses stationed on the islands grew proportionately to more than one hundred. Most nurses worked at Sternberg General Hospital in Manila and at Fort McKinley, 7 miles outside the city. However, a few nurses were at Fort Stotsenberg, 75 miles north of Manila, and two worked at Camp John Hay, located 200 miles to the north in the mountains. Several nurses worked on the island of Corregidor. 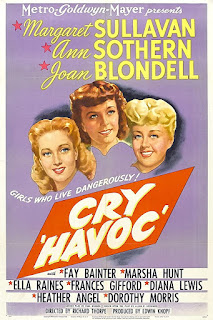 The Japanese attacked the Philippines on 8 December, Philippine time. Clark Field, adjacent to the Army hospital at Fort Stotsenberg, suffered a three-hour air raid during which planes, barracks, and field shops were bombed. The hospital escaped damage, but the large number of casualties from the air attack overwhelmed the small staff. The chief nurse at Sternberg sent several of her nurses to Stotsenberg to help cope with the emergency. They remained at Stotsenberg until 27 December when they received orders to evacuate to Manila. By that time Japanese forces had landed on the main island of Luzon and were approaching the city of Manila from the north. All of the nurses stationed outside of Manila reached the city except for two nurses stranded at Camp John Hay, who were taken prisoner by the Japanese.

General Douglas MacArthur, commander of U.S. Army Forces in the Far East, declared Manila an open city and ordered the nurses to the island of Corregidor. MacArthur planned to hold Corregidor and the Bataan Peninsula and await supplies and reinforcement from the United States. He sent forty-five nurses from Corregidor to the Bataan Peninsula to prepare two emergency hospitals for U.S. and Filipino forces fighting on Bataan. General Hospital 1, near Limay, received casualties directly from the front lines. The hospital consisted of sixteen wooden buildings and was originally well supplied. More than 1,200 battle casualties requiring major surgery (traumatic amputations and head, chest, and abdominal wounds) were admitted to this hospital within a month.

Those patients strong enough for evacuation were sent to General Hospital 2, located near Cabcabin on the Real River. This hospital was out in the open, with no tents or buildings. Only a canopy of trees sheltered thousands of patients from Japanese aircraft.

The Japanese bombed Hospital 1 on 29 March, scoring a direct hit on the wards and killing or seriously wounding more than one hundred patients. A nurse remembered the force of the bomb. "The sergeant pulled me under the desk, but the desk was blown into the air, and he and I with it. I heard myself gasping. My eyes were being gouged out of their sockets, my whole body felt swollen and torn apart by the violent pressure. Then I fell back to the floor, and the desk landed on top of me and bounced around. The sergeant knocked it away from me, and gasping for breath, bruised and aching, sick from swallowing the smoke from the explosive, I dragged myself to my feet." The sight that met her eyes was appalling. Patients had been blown out of their beds. Bodies and severed limbs hung from the tree branches. Although the nurses knew that nothing could be done to prevent further air attacks, they carried on.

With each passing week the number of patients in both hospitals increased, and available supplies decreased. Lack of adequate food and clothing left American and Filipino troops susceptible to malaria, dysentery, beriberi, and dengue fever. Increasing numbers of troops suffered from malnutrition. By the end of March each hospital, built to accommodate 1,000 patients, was treating over 5,000.

The day before the U.S. and Filipino forces on Bataan surrendered to the Japanese, the Army evacuated its nurses to Malinta Tunnel Hospital on the island of Corregidor. Japanese pilots subjected the island to heavy bombing for weeks following the surrender of Bataan. One nurse recalled, "the air in the tunnels was thick with the smell of disinfectant and anesthetics, and there were too many people. Several times the power plant supplying the tunnel was hit, leaving us without electricity or lights. It was pretty ghastly in there, feeling the shock of each detonation, and never knowing when we would be in total darkness." Each shell or bomb which hit the area above the hospital loosened more dust and dirt and raised the dust level in the tunnel. Overcrowding further diminished air quality as the 500-bed hospital was expanded to 1,000 beds.

Once Maj. Gen. Jonathan M. Wainwright, commanding U.S. forces on Corregidor, decided that surrender was inevitable, he ordered as many nurses as possible evacuated to Australia. On 29 April twenty nurses left the island on two Navy planes. Only one of the planes reached Australia. The second made a forced landing on Mindanao Lake, and all aboard were taken prisoner by the Japanese. On 3 May a submarine picked up ten Army nurses, one Navy nurse, and the wife of a naval officer and took them to Australia. When the U.S. Army on Corregidor surrendered to the Japanese three days later, there were still fifty-five Army nurses working at Malinta Hospital.
In July the Japanese took the nurses to Santo Tomas Internment Camp in Manila where they joined the ten nurses whose plane had made a forced landing on Mindanao Lake. The sixty-seven nurses remained prisoners of war until U.S. troops liberated them in February 1945.
Source: The Army Nurse Corps: A Commemoration of World War II Service (CMH Pub 72-14)

We Band of Angels: The Untold Story of American Nurses Trapped on Bataan by the Japanese, Elizabeth M. Norman (1999)

Permalink
Posted by RSF at 5:37 PM