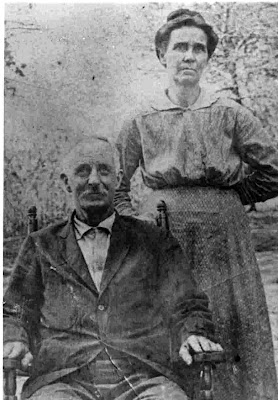 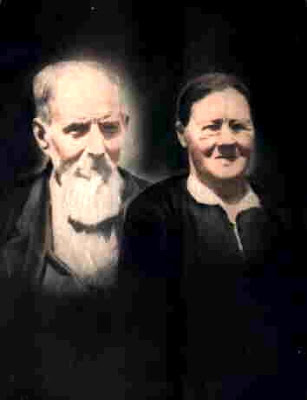 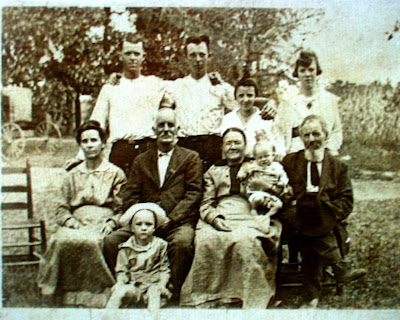 Wesley Lee Terrell was a son of Samuel Wesley Terrell and Nancy Susan Rudd Terrell. His wife was Nannie Susan Terrell. They are the parents of Archie Terrell.

Note the Terrell chair to the left.

The following is found in From Rabbit Shuffle to Collins Hill: Stories of Southern Caswell County, North Carolina (1984) at 16:

One of the most distinctive crafts of Anderson township may be attributed to John W. Terrell (1853-1936) and his brother, Samuel W. Terrell (1858-1941). They made the famous "Terrell Chairs" in both straight back and rocker form. Emmit B. Tate, grandson of John W. Terrell, recently gave information about the process of making chairs. The chair posts, rungs and back slats were made of either ash or hickory wood. The lacing slits for the seats were rived from white oak trees with diameters of four to six inches and in lengths of six to ten feet.

The chair posts and rungs were turned on a lathe propelled by a foot pedal. Immediately holes were bored in the posts while green. Thoroughly dried rungs were inserted in the holes and driven with a mallet until tight. When the posts were dry, the rungs clung securely. While the back slats were still green, they were placed in a curved bending form to dry. When they were inserted in the back posts, wood pegs were driven through the post and back slat. The two back posts had turned knob crests.

John W. Terrell cut a grooved ring in the middle of the post knob, while Samuel W. Terrell left his knob plain.

Posts, rungs, back slats and weaving slits were smoothed by scraping them with pieces of broken glass. In order to keep slits flexible they were buried in the ground or either dipped in water.

The last set of six chairs made by John W. Terrell was sold to his daughter, Mrs. Robert Tate, for $18.00. The shop was located one fourth mile west of Anderson's Store. Presently and for the past many years "Terrell Chairs" sell at local auctions from $50 to $100.

Note that the reference above to "slits" is not a mistake. A chair was made of both "slats" and "slits". 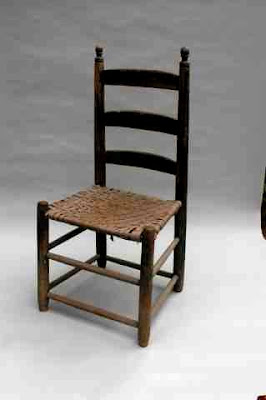 For more information on the Terrell family go to the Caswell County Family Tree. 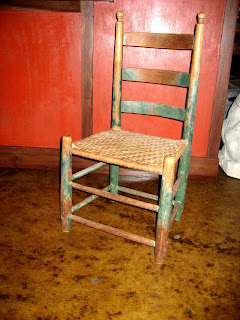 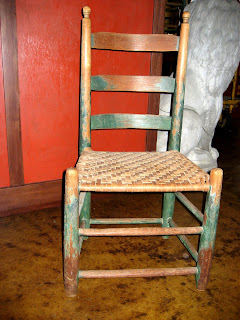