In 2002, Caswell County resident Larry Gibson was interviewed for a Burlington Times-News article on life in Yanceyville. Here is an excerpt from that article:


Some people in Caswell County say small-town life is exciting enough for them.

Larry Gibson has lived in Caswell County all 55 years of his life. He works at Goodyear Tire and Rubber in Danville. He says there are plenty of things to do on Friday nights, including playing cards, talking with friends and attending church.

Gibson laughs when asked if there is anything exciting for young people to do in Yanceyville. He cites the recreation center, the school band and school sports, but says there is no bowling alley or movie theater in the county. 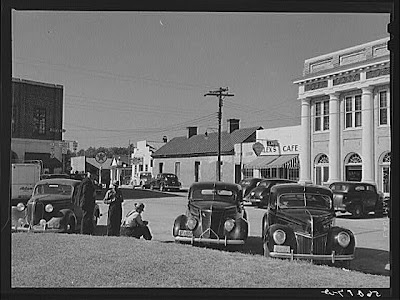 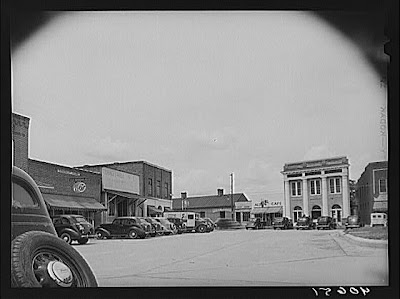 Yanceyville's bowling alley may have been the long dark-roofed building seen in the above two photographs from 1940. It is the one with two chimneys and a series of windows that is to the left of Alex's Cafe (between Alex's Cafe and the Texaco service station). 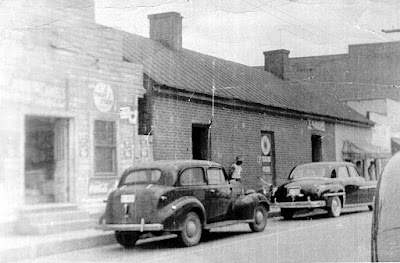 Here is another view of the building that may have housed the bowling alley in Yanceyville. This is on Greensboro Street looking generally toward the Square. Based upon the vehicles in the scene, the date is 1949 or later (newer car is 1949 Dodge).


Below, courtesy of Ray McGuire (Member of the Yanceyville Town Council) are photographs of the wooden "duck" pins used in this bowling alley. The bowling balls also were wooden. 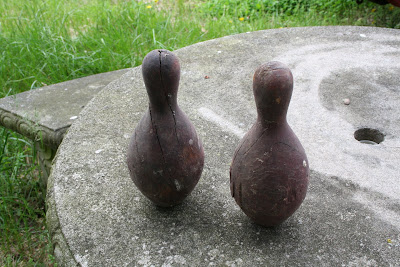 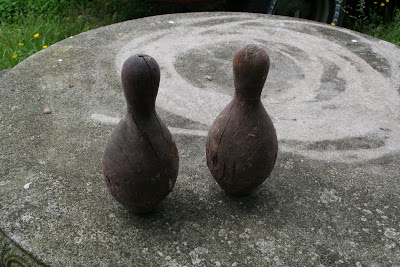 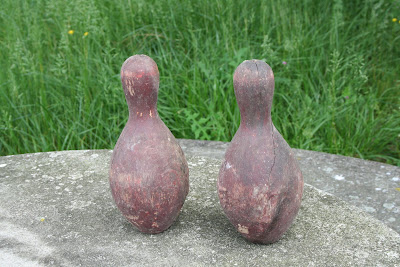 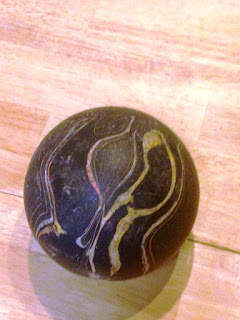 _______________
* Red Daniel's service station (at the intersection of Highway 86 and the Shady Grove Road) also at one time had a few pool tables, but this establishment was not located in Yanceyville. Note that Red Daniel actually was Robert Howard Daniel (1919-1987).