Barzillai Shuford Graves* was born 5 July 1854 in Asheville, Buncombe County, North Carolina, to William Blair (Billy Hickory) Graves (1827-1894) and Mary Elizabeth Shuford (1835-1861). The Graves family was one of the founding families of Caswell County. The Shuford family was early on the scene in Buncombe County.

The following article appeared 22 July 1939 in a North Carolina newspaper (The Caswell Messenger or the Greensboro Daily News): 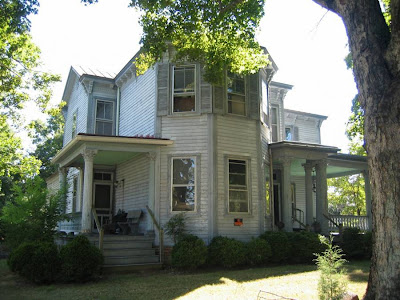 Click on Photograph for Larger Image)
Above is a photograph of the Yanceyville house that Barzillai Shuford Graves built for his bride, Malvina F. Graves, in the 1890s.

Both Barzillai Shuford Graves and Malvina F. Graves are buried in the First Baptist Church of Yanceyville cemetery. 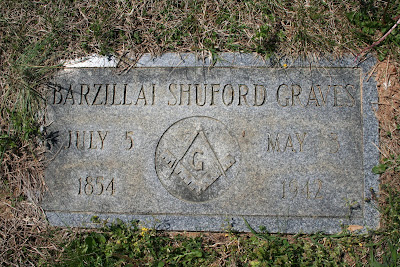 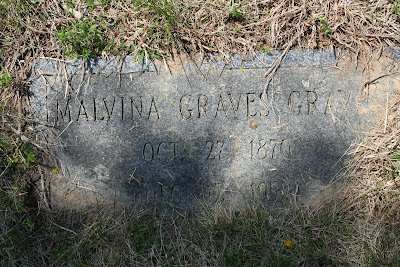 (Click on Photograph for Larger Image)
_______________
* Barzillai probably was pronounced BAR-ZIL-AIGH (bärzĭl`ā) or BAR-ZIL-A-EYE (bärzĭl`āī), being a Bibical name (among others, a chief in Gilead who was friendly to King David). However, most avoided the issue entirely and just called him "Baz"! Note that Barzillai was a common Graves family name.