"No Pistols, It Was Raining" 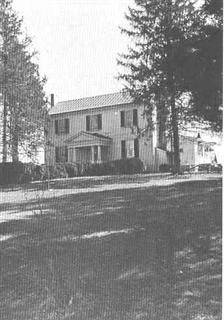 "They failed to arrest me [John Green Lea] on the day of the general arrest, so I went home and the next day they came and arrested me and brought me to Raleigh. Major Yates came to my house with ten or twelve men and when he came to the house I was lying down, asleep. It was raining and my sisters came running into the house and told me there was a crowd of Kirk's men out in the yard. I rushed to a drawer and got my pistols, but my sister grabbed me and told me not to go out in the yard nor to try to use my pistols."

The statement by John Green Lea that his "sisters" were at "the" house, his home, when Kirk's men arrived deserves further examination. First, one sister, Rebecca Anne Lea (also seen as Anne Wright Lea), married in 1865, and in 1870 was living at her own house, with husband William Griffin Graves.

But, it appears that John Green Lea may have been living with this sister at the time of the 1870 United States Federal Census (as was the baby of the family, George Addison Lea):

Perhaps the two Lea brothers were living with their sister in 1870 because their father, Thomas L. Lea, had died in 1867. But, if so, where was the other sister? In his "confession" John Green Lea refers to "sisters." Of course, it is possible that Lea misspoke or that the transcriber inaccurately made the sisters plural. There was another sister: Sarah J. Lea. But, was she alive in 1870? Her history is incomplete.

Until now, we had assumed that Kirk's soldiers had arrived at "Leahurst," the ancestral home of this family. That now is in doubt. See photograph of "Leahurst." However, the 1870 census shown above was taken July 12, 1870. The Kirk episode related by John Green Lea apparently occurred before that date. Were Lea and his two sisters actually at "Leahurst" when Kirk's men arrived?
_______________ 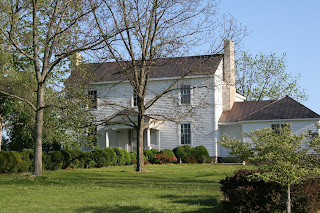 "Leahurst" still stands and magnificently so. It is just across from the New Hope United Methodist Church (on Daniel Dairy Road, off Long's Mill Road).
Posted by RSF at 3:43 PM