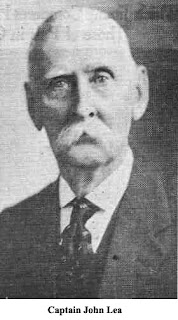 While I [John Green Lea] and the three others referred to were being tried before the Supreme Court, on the lower floor of the Capitol, on the bench warrant issued for us, the trial of the prisoners from Caswell County taken by the writ of Judge Brooks, which was the third writ, was being held in the Senate Chamber, directly over us. Our case was dismissed and we left, cannon were fired, tar barrels burned, and speeches by a great many prominent men were made.

Judge Kerr's speech created great excitement and enthusiasm. Only Wiley and Josiah Turner went to jail. When I reached home, Sheriff Griffith, who had been a prisoner, came and summonsed me to go with him and we ordered the heads of the Union League of America to leave the county within twenty-four hours and they did so without exception, going to Danville.