The earliest noted legal machinery for conducting elections in Caswell County is found in the North Carolina Sessions Laws of 1808 in a chapter titled: "An Act to establish four separate Elections in the County of Caswell." Commissioners were appointed for each of the four districts into which the county was divided, and they were charged with locating a suitable place to hold elections. The commissioners were: 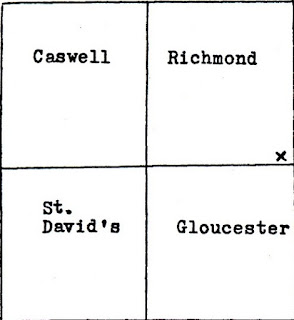