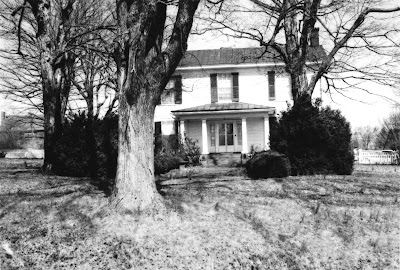 The first Caswell County Courthouse was built near the current structure. Ella Graves Thompson stated that as a child she remembered playing on the old courthouse foundation; however, no trace of the foundation has been found. The house faces south toward the old Leasburg Road, which went by the house and then turned right toward the Tavern and then left through the town. Highway 158 was cut through the rear of the property in the 1900s. In 1960, Ella Graves Thompson wrote a wonderful history of Leasburg: "A History of Leasburg with Personal Recollections." 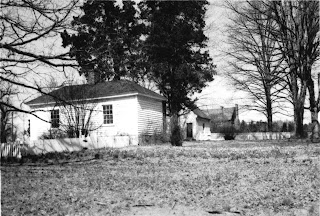 Foreground: Office
Next: Shop? Miss Ella Thompson wrote of a tannery shop near the road.
Leasburg Tavern in the background. 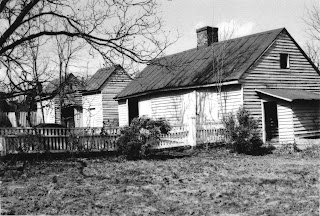