Yanceyville - Joseph Malcolm Watlington, 87, of Route 1, Box 464, died May 10, 1993, at Annie Penn Memorial Hospital, Reidsville. Graveside service will be at 2 p.m. today at Prospect United Methodist Church, where he was a member. A native of Halifax County, Va., he was a retired contractor and vocational teacher, and a member of the Men's Bible Class at his church.

Hooper Funeral Home is in charge of arrangements. 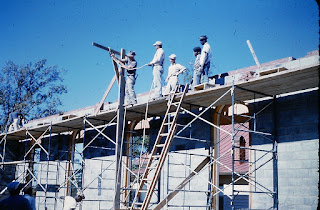 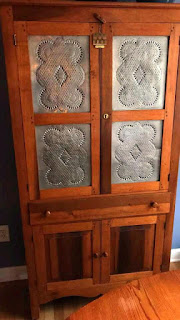 In addition to building larger structures, Malcolm Watlington also was a skilled furniture maker. Here is a hand-punched pie safe he made. Courtesy Jane Lyday Westridge. 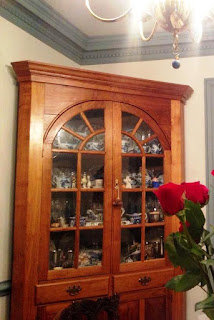 "This corner cupboard is of very old walnut and was handmade by Malcom Watlington of Yanceyville, father of Johnny, Jim and Reid Watlington. I explained what I wanted and he built it! Afterwards, he built another for his neice. He made beautiful period furniture. He also made a tall pie safe for me with punched tin in the top doors (he did that, too) and the safe will come apart easily and fold down flat so it could be moved easily in a wagon. He was an artist!"Source: Gail Furgurson Stilwell 12 February 2014 Post to the Caswell County Historical Association Facebook Page. 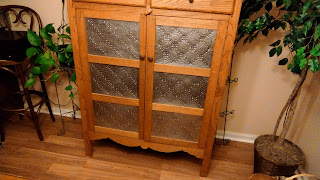