Descendants of Samuel and Elizabeth Watkins 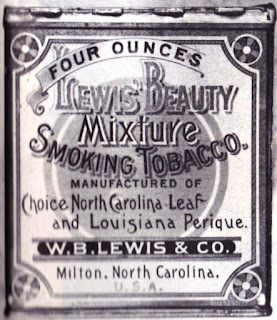 Descendants of Samuel and Elizabeth Watkins

As I take a stroll through the Milton Cemetery and read the familiar names -- Watkins, Lewis,Irvine, Stamps, Richmond, Hunt, and Donoho, I feel I am "home" even though I have never lived in Milton. All of these names are intertwined in childhood memories of maternal ancestors I have known personally or through conversation and reference.

My great-great-grandparents, Samuel Watkins and Elizabeth Frances Stamps, daughter of Anna Beaufort (nee Ragland) Lewis and Thomas Stamps, married and moved from Halifax County, Va. to Milton about 1836. There he was a tobacco farmer and merchant. A member of the Presbyterian Church, he was a man of spotless "integrity" to quote his obituary.

Samuel and Elizabeth left five children: Henry Thomas who married Anne Bullock and moved to Granville County leaving a heritage of many descendants in the Henderson area; Warner Meriwether, who married Kate Walker, parenting Emily Watkins Donoho, a life long resident of Milton, and four other children: Charles, who married Virginia Ober and eventually moved to Richmond, Va., was engaged in business with his brother, Warner, in Milton as a merchant and dealer in leaf tobacco; Anna Stamps, who married Eustace Hunt, a member of the Milton Blues which became a part of the 13th N.C. Regiment, remained a resident of Milton for her lifetime; and John Lewis, my great-grandfather, who married Claudia Alcesta (nee Williams) Benbury Fox, daughter of John Gordon Williams and Sarah Mason Lee Wiggins of Easton, N.C.

John Watkins, born in 1839, attended Hampden-Sydney College in Va. and the University of Va., studying medicine. He was a member of the Milton Blues and left with them in 1861 when they became a part of Co. C of the 13th N.C. Regiment of Volunteers. An unverified family story is that he was interning in N.Y. when war was declared and rushed out, leaving a partially used cadaver, and headed South. He served as assistant surgeon and after a year was transferred to the Signal Corps in the same capacity. When mustered out at the War's end, each man received $1.12 1/2 as his last pay. Unable to split a quarter, he and another flipped for that. He lost, but the silver dollar is in the Confederate Museum in Richmond. Another family legend is that John saw so much suffering during the war he did not wish to pursue medicine so became a druggist in New Bern, N.C. and later a buyer on the Durham, N.C. tobacco market, finally returning to Milton to be in charge of Milton Roller Mills.

Mary Rice, my grandmother, after attending Peace Institute in Raleigh, N.C. married Whitney B. Davie, son of a schoolmaster, of Lawrenceville, Va. The wedding took place at the Watkins home, "Caswell Hill," Durham, N.C. After a trip to San Francisco, the couple settled in Durham, but eventually moved to Richmond, Va. Their children, both deceased, were Watkins Barstow, married to Susie Marion Spicer, and my mother Mary Whitney who, after attending Chatham Hall, Va. and Southern College in Petersburg, Va., married Dr. Frank Robertson Talley, a dentist, of Petersburg, son of Dr. Alexander Washington Talley, also a dentist, and Mary Ellen Robertson.

And not to the teller of this tale. I was born Mary Watkins Talley in Petersburg, Va., educated in Va., married Harold Theodore Singer of NY City and settled in New Jersey. I have two sons: Frank Watkins who is carrying on his Welsh musical heritage as a musician in Boston, Mass., and Harold Theodore Singer, Jr. He and his wife Mary Ann Tucker reside in Phoenix, Arizona, with their new daughter, Talley Louise, the first grandchild.

So in this busy mobile world we live in today, we become more and more mileage-separated from our kin and more than ever need the continuity and that feeling of "roots" which a stroll through Milton and its cemetery with its shade trees and familiar names can give. It is my hope and belief that Caswell County, N.C. is a better place because of the contributions of some of the descendants of Samuel and Elizabeth Stamps Watkins who felt the calling to contribute to the betterment of humanity by passing on love and kindness to those around them.