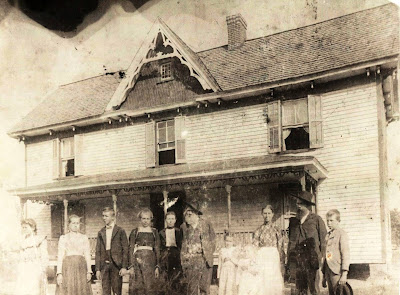 William Junius Saunders was assisted by Pete and Si, both slave descendants who lived in Anderson Township. To support construction, a sawmill was erected on the site. However, some of the timbers were hewn. The gables were covered in split white oak shakes. James Saunders Rascoe paid William Junius Florance $900 after netting out purchases made by Florance at the Rascoe Store. This payment record is found in a book given to James Lee Florence, Jr., by a grandson of James Saunders Rascoe. James Lee Florence, Jr., is a great grandson of William Junius Florence. The house burned during the 2000s, being owned by a Mike Murray who lived there. Photograph Courtesy Sandra Aldridge. 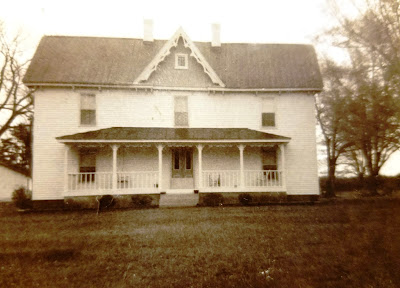 Source: Melody Malone 22 May 2019 Post to the Caswell County Historical Association Facebook Page.
Posted by RSF at 11:38 AM