Slavery in the U. S. Constitution

Slavery is seen in the Constitution in a few key places. The first is in the Enumeration Clause, where representatives are apportioned. Each state is given a number of representatives based on its population - in that population, slaves, called "other persons," are counted as three-fifths of a whole person. This compromise was hard-fought, with Northerners wishing that slaves, legally property, be uncounted, much as mules and horses are uncounted. Southerners, however, well aware of the high proportion of slaves to the total population in their states, wanted them counted as whole persons despite their legal status. The three-fifths number was a ratio used by the Congress in contemporary legislation and was agreed upon with little debate.

In Article 1, Section 9, Congress is limited, expressly, from prohibiting the "Importation" of slaves, before 1808. The slave trade was a bone of contention for many, with some who supported slavery abhorring the slave trade. The 1808 date, a compromise of 20 years, allowed the slave trade to continue, but placed a date-certain on its survival. Congress eventually passed a law outlawing the slave trade that became effective on January 1, 1808.

The Fugitive Slave Clause is the last mention. In it, a problem that slave states had with extradition of escaped slaves was resolved. The laws of one state, the clause says, cannot excuse a person from "Service or Labour" in another state. The clause expressly requires that the state in which an escapee is found deliver the slave to the state he escaped from "on Claim of the Party."

It has been said that the seeds of the Civil War, which was fought, despite revisionist theory to the contrary, over the issue of slavery, were sown in the compromises of the Constitution on the issue. This is probably true. Slavery, which was started in violence in the kidnapping, shipment, and commerce of human chattel, needed violence to bring it to an end. After the devastation of the Revolutionary War and the unrest in the U.S. under the Articles, a time of peace and recovery was needed to strengthen the nation to a point where it could survive a civil war. The greatest tragedy is that in the nearly 100 years between the start of the Revolutionary War and the end of the Civil War, millions of slaves served, suffered, and died so that the nation could prosper. 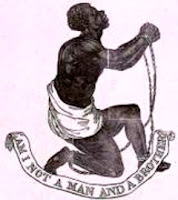 Be it enacted by the Senate and House of Representatives of the United States of America in Congress assembled, That from and after the first day of January, one thousand eight hundred and eight, it shall not be lawful to import or bring into the United States or the territories thereof from any foreign kingdom, place, or country, any negro, mulatto, or person of colour, with intent to hold, sell, or dispose of such negro, mulatto, or person of colour, as a slave, or to be held to service or labour.

President Abraham Lincoln issued the Emancipation Proclamation on January 1, 1863, as the nation approached its third year of bloody civil war. The proclamation declared "that all persons held as slaves" within the rebellious states "are, and henceforward shall be free." Despite this expansive wording, the Emancipation Proclamation was limited in many ways. It applied only to states that had seceded from the Union, leaving slavery untouched in the loyal border states. It also expressly exempted parts of the Confederacy that had already come under Northern control. Most important, the freedom it promised depended upon Union military victory.

Although the Emancipation Proclamation did not end slavery in the nation, it captured the hearts and imagination of millions of Americans and fundamentally transformed the character of the war. After January 1, 1863, every advance of federal troops expanded the domain of freedom. Moreover, the Proclamation announced the acceptance of black men into the Union Army and Navy, enabling the liberated to become liberators. By the end of the war, almost 200,000 black soldiers and sailors had fought for the Union and freedom.

Clause 3: Fugitive Slave Clause: “No Person held to Service or Labour in one State, under the Laws thereof, escaping into another, shall, in Consequence of any Law or Regulation therein, be discharged from such Service or Labour, but shall be delivered up on Claim of the Party to whom such Service or Labour may be due.” Pierce Butler and Charles Pinckney, both from South Carolina, submitted this clause to the Constitutional Convention. James Wilson of Pennsylvania objected, stating it would require that state governments to enforce slavery at taxpayers' expense. Butler withdrew the clause. However, on the next day the clause was quietly reinstated and adopted by the Convention without objection. This clause was added to the clause that provided extradition for fugitives from justice.

When first adopted, this clause applied to fugitive slaves and required that they be extradited upon the claims of their enslavers, but it provided no means for doing so. The Fugitive Slave Act of 1793 created the mechanism for recovering a fugitive slave, overruled any state laws giving sanctuary, made it a federal crime to assist an escaped slave, and allowed slave-catchers into every U.S. state and territory. As free states sought to undermine the federal law, the even more severe Fugitive Slave Act of 1850 was enacted. This practice was eliminated when the Thirteenth Amendment abolished slavery. In 1864, during the Civil War, an effort to repeal this clause of the Constitution failed.

The Fugitive Slave Law or Fugitive Slave Act was passed by the United States Congress on September 18, 1850, as part of the Compromise of 1850 between Southern slave holding interests and Northern Free-Soilers. This was one of the most controversial acts of the 1850 compromise and heightened Northern fears of a "slave power conspiracy." It declared that all runaway slaves be brought back to their masters. Abolitionists nicknamed it the "Bloodhound Law" for the dogs that were used to track down runaway slaves.

13th Amendment to the U.S. Constitution 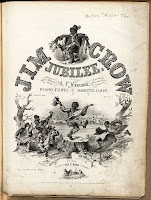 “Black Codes” were laws and constitutional amendments passed by former Confederate states after the Civil War as a way of maintaining white supremacy — the unquestioned rule of the South by whites. With these laws, whites tried to keep a system as close to actual slavery as possible. North Carolina adopted such legislation in 1866, when former Confederates had returned to power, before Federal military reconstruction forced them out. Public Laws of North Carolina, session of 1866, p. 99; and Senate Ex. Doc. no. 26, 39 Cong., 1 Sess., p. 197. March 10, 1866.

The first section of this act defined who was “a person of color.” The second section brought forward all of the laws from the antebellum period that had limited the rights of free blacks, and imposed these laws on all “people of color” in North Carolina.

Congress responded to the black codes by passing the Civil Rights Act of 1866, which invalidated these laws. This act declared freed people to be citizens of the United States who could make and enforce contracts, sue and be sued, give evidence in court, and inherit, purchase, lease, sell, hold, and convey real estate and personal property. Anyone denying these rights to former slaves would be guilty of a misdemeanor and face a fine or prison. President Johnson vetoed the law, but Congress passed it over his veto.

Some people questioned Congress’ power to make such a law. Republicans responded by passing the two more amendments to the Constitution that, once ratified by the states, would become the fourteenth, and fifteenth amendments.

But the civil rights of former slaves had to be protected not only by laws but by federal power — military power. Military reconstruction was the result, but when that ended in the 1870s, white southerners quickly found ways around the Constitution, passing “Jim Crow” laws that would again limit the freedoms of African Americans. Northern States reacted to the Black Codes with disgust and riots. Black Codes did not entirely go away until the passage of the Civil Rights Act of 1964.
Posted by RSF at 4:38 PM