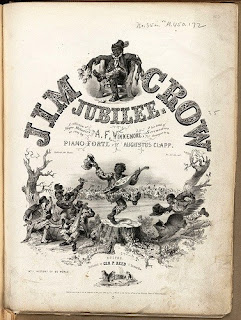 “Black Codes” were laws and constitutional amendments passed by former Confederate states after the Civil War as a way of maintaining white supremacy — the unquestioned rule of the South by whites. With these laws, whites tried to keep a system as close to actual slavery as possible. North Carolina adopted such legislation in 1866, when former Confederates had returned to power, before Federal military reconstruction forced them out. Public Laws of North Carolina, session of 1866, p. 99; and Senate Ex. Doc. no. 26, 39 Cong., 1 Sess., p. 197. March 10, 1866.

The first section of this act defined who was “a person of color.” The second section brought forward all of the laws from the antebellum period that had limited the rights of free blacks, and imposed these laws on all “people of color” in North Carolina.

Congress responded to the black codes by passing the Civil Rights Act of 1866, which invalidated these laws. This act declared freed people to be citizens of the United States who could make and enforce contracts, sue and be sued, give evidence in court, and inherit, purchase, lease, sell, hold, and convey real estate and personal property. Anyone denying these rights to former slaves would be guilty of a misdemeanor and face a fine or prison. President Johnson vetoed the law, but Congress passed it over his veto.

Some people questioned Congress’ power to make such a law. Republicans responded by passing the two more amendments to the Constitution that, once ratified by the states, would become the fourteenth, and fifteenth amendments.

But the civil rights of former slaves had to be protected not only by laws but by federal power — military power. Military reconstruction was the result, but when that ended in the 1870s, white southerners quickly found ways around the Constitution, passing “Jim Crow” laws that would again limit the freedoms of African Americans. Northern States reacted to the Black Codes with disgust and riots. Black Codes did not entirely go away until the passage of the Civil Rights Act of 1964.
Posted by RSF at 7:00 PM