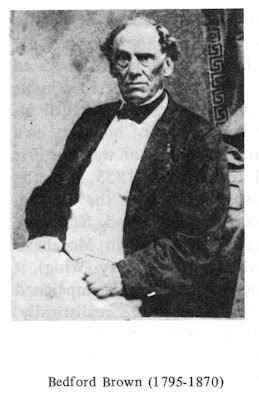 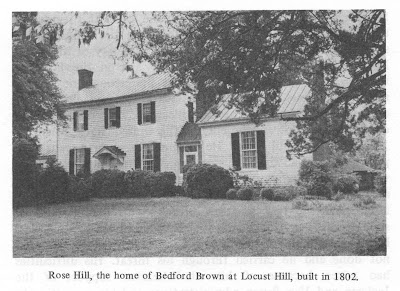 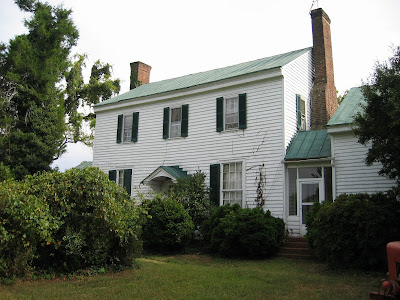 Raleigh, NC: In the 1820s, master craftsman Thomas Day built furniture for U.S. Sen. Bedford Brown and his estate near Yanceyville. Now, more than 180 years later, the family is parting with some of the pieces. Day, a free black man who lived from 1801to 1861, made some of the best furniture in North Carolina during his time. Despite living in the antebellum South, he was so well-respected that white men apprenticed for him. Nine of Day’s pieces, including a sofa worth an estimated $2,000 to $4,000, are being sold Saturday starting at 10 a.m. at the Tory Hill Auction House on Hillsborough Street near the State Fairgrounds. Seven of the nine pieces come from Sen. Brown’s estate, Rose Hill, where the furniture has resided since it was built.

“The house is still so full of original furniture and pieces,” said Robert Brown, a direct descendent of the senator Brown said his family decided to sell some of the furniture to raise money to help restore the estate, which they hope to open to the public. Plus, Brown and his wife are moving in and faced a problem - there was just too much furniture.

Day was highly regarded, making furniture for senators, congressmen, UNCChapel Hill, and even the governor’s mansion, said Jack Williams, a member of the board of directors at the Thomas Day House and Union Tavern in Milton. “He made all the pews in the Presbyterian church here with the understanding that his family could sit downstairs with the rest of the people, rather than up in the balcony with the slaves,” Williams said.

But Day also had to walk a fine line, especially because he owned more property and land than some white men in the area, said Michael Ausbon, decorative art associate curator at the N.C. Museum of History. He even owned slaves, though historians are unsure whether that was for labor or to find ways to help them. “He was very successful at balancing that tightrope of surviving as a free person of color in a white-dominated antebellum society,” Ausbon said.

Jason McCoon, owner of Tory Hill, said this is the first time Day’s work has come through his auction house. But Day’s furniture has only become well-known in the last decade, he said. “His work has finally been recognized as not only prolific but really high quality and really nice,” McCoon said.

That recognition included a three-year exhibit at the N.C. Museum of History that encompassed Day’s life, business, and furniture. Pieces from the exhibit have been moved to the Smithsonian American Art Museum’s Renwick Gallery in Washington, D.C., but Day can still be seen at the North Carolina museum - his statue is on the steps outside.

Even after living at Rose Hill as a child, Brown still marvels at the history of the estate and the furniture. “These places were made to host parties,” he said. “It’s amazing to sit and think back about people that were U.S. senators and possibly even presidents, and other congressmen, sitting around, drinking beers, eating there and talking. “People say, ‘If the walls could talk ... .’ In this case, it’s, ‘If the furniture could talk, the things they could say.”