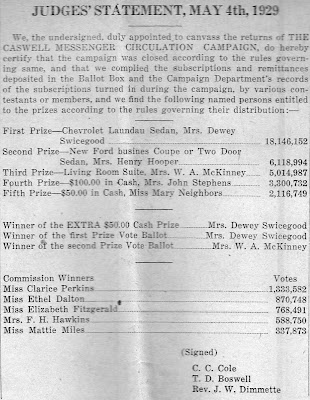 While the numbers are not totally understood, the overall winner was Mrs. Dewey Swicegood (1904-1937) [Margaret Lee Staley]. The Swicegoods operated a funeral home in Yanceyville, NC.

The fourth prize was won by Mrs. John Stephens, who remains unidentified.

Thanks to Teresa Hooper for sharing this item.
Posted by RSF at 5:49 PM