Howard Richardson, local barber, is observing his 25th business anniversary here this week. He came to Yanceyville on March 4, 1931, from southern Alamance near Saxapahaw and started in the barber business. His business establishment was burned out on January 6, 1932, and he moved to the Hooper Building on January 28, 1932, and resumed his business. He purchased his present building and moved in on March 1, 1938.

Howard, as he is known to his friends far and wide, has some interesting statistics about his 25 years here as a barber. He has spent during that period 103,520 hours at his trade and has never been away from his business more than four days at a time. To the little folk who have come for barber work, he has given 6,000 of chewing gum and 17,900 candy suckers.

Source: The Caswell Messenger (Yanceyville, North Carolina), March 1956. Clipping courtesy Jerry Parks Cooper.
Howard Richardson operated his Yanceyville barber shop at three locations: (1) his original location on the east side of the Square; (2) the Hooper building on the west side of the Square; and (3) the building just off the Square where he remained until retirement in 1974. He moved from his first location because of a fire.

Note that the Tom Lea building that burned was owned by the person discussed elsewhere in connection with the "Bottom" in Yanceyville. He owned the large home on East Main Street just east of the Gunn Tractor building: Thomas Sidney (Tom) Lea (1873-1963). His wife, Julia Hill, is the Aunt Julia remembered by many. 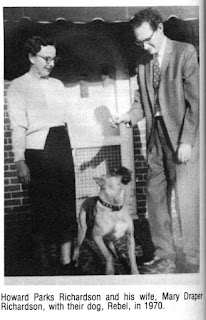 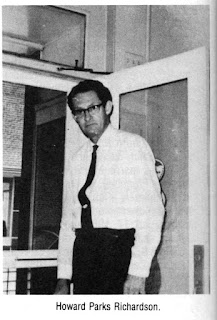 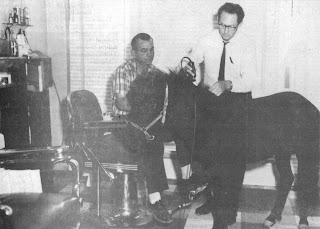 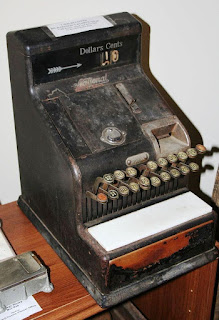 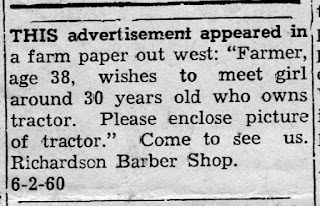