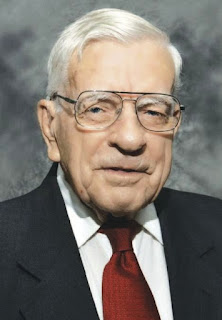 James Elwood Guthrie, 94, of 234 Guthrie Road, Blanch, N.C., went home to be with the Lord on Tuesday, March 20, 2018, at SOVAH Health of Danville after a decline in health for the past six months. Mr. Guthrie was born on December 10, 1923, in Caswell County, N.C., a son of the late James Harvey Guthrie and Ruth Mise Guthrie. He was a member of First Baptist Church in Yanceyville, N.C., where he served as past Deacon and former choir member. Mr. Guthrie was a founding member of the Central Caswell Ruritan Club. He retired from Caswell County Soil Conservation as Soil Conservation Technician with more than 25 years of service on May 3, 1986. On December 23, 1944, he married Emily Arvin Guthrie, who died on March 2, 2013.

Mr. Guthrie is survived by three sons, Kenneth Guthrie (Connie), Mitchell Guthrie, and James Guthrie; a daughter, Linda Palmer (Marty), all of Blanch, N.C.; two sisters, Dorothy G. Williamson, of Leasburg, N.C., and Mabel G. Foster, of Lynchburg, Va.; two grandchildren, six great-grandchildren, and a number of nieces and nephews. He was predeceased by two brothers, Malcom Guthrie and Earl Guthrie; and a sister, Velma Jean Richmond. Funeral services for Mr. Guthrie will be conducted at 1 p.m. Saturday, March 24, 2018, from the First Baptist Church of Yanceyville by the Reverend Ricky Foster and the Reverend Stanley Hare. Interment will follow in the church cemetery. The family will receive friends after the service at the First Baptist Church, 378 Church Street, Yanceyville, NC, 27379. At other times, the family will be at the residence of his son, Kenneth and Connie Guthrie, 67 Guthrie Road, Blanch, NC 27212. Wrenn-Yeatts Memorial Funeral Home, Yanceyville, N.C., is respectfully serving the Guthrie family. Online condolences at www.wrenn-yeatts.com
Posted by RSF at 5:14 PM