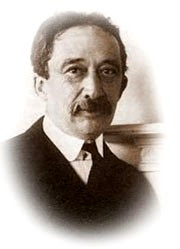 The following is from the history of the American Institute of Architects:

Glenn Brown, a founding member of the Washington Chapter, was tapped to become executive secretary of the AIA when it moved to Washington. Brown was a strong administrator and had the connections to position the Institute as a major player in shaping the architectural landscape of this country. During Brown's tenure, the Institute was instrumental in consolidating the MacMillan Commission (also know as the Senate Park Commission) plan for Washington and ensuring that it became a reality. This plan reasserted the open spaces and planning concepts of the eighteenth-century L'Enfant plan. In addition, the commission envisioned complexes for government buildings in the Federal Triangle and around the Mall and Lafayette Square.
Posted by RSF at 10:16 PM