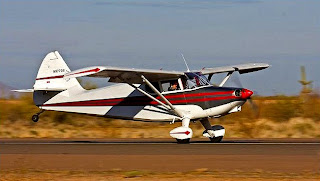 Yanceyville Airways, Inc. ("Yanceyville Airways"), was created as a North Carolina corporation 30 November 1945 (articles of incorporation filed 5 December 1945). The authorized capital stock was $50,000, divided into 500 shares with a par value of $100 each. The incorporators and original stockholders (each purchasing five shares) were:

The stated business objects of Yanceyville Airways were:

The corporate life was set at fifty years.

The bylaws specified that the annual meeting of stockholders would be held 8PM, 11 December at the principal office of the corporation.
_______________

The first stockholders' meeting was held 14 December 1945 in the office of Yanceyville lawyer Ernest Frederick Upchurch (in the Upchurch building on the Square in Yanceyville, North Carolina). Three directors were elected: William T. Shelton; Wilson Allen Slaughter; and Robert Lee Brooks. The directors were authorized to lease from Dr. L. G. Page, DDS, "the landing field . . . located three miles northwest of Yanceyville on the Yanceyville-Reidsville highway and on the farm known as the Nettie H. Paschal," with the option of leasing a number of additional years.

At the first meeting of the Yanceyville Airways board of directors (held 14 December 1945 in the office of Yanceyville lawyer Ernest Frederick Upchurch), the following officers were elected: Wilson Allen Slaughter, President; Robert Lee Brooks, Vice-President; and William Thomas Shelton, Secretary-Treasurer. Dr. L. G. Page was appointed as a committee of one to attempt to secure an agency for the company to sell one or more makes of airplanes. Stationery was ordered printed and the Secretary-Treasurer was authorized to pay when the bill was received for the corporate seal, stock book, and minute book.

At the first monthly meeting of the Yanceyville Airways Board of Directors 2 January 1946, 7:30PM in the office of Yanceyville lawyer Ernest Frederick Upchurch the President and Secretary-Treasurer were directed to execute and issue stock on payment of par value. The following was inserted in some lease: "In case of non-renewal of lease, the lessor pays corporation per hanger, less depreciation of 10 per cent per annum." The directors were authorized to sell forty shares of stock per hangar and new airplane.

Another Board of Directors meeting was held 7:30PM, 6 February 1946 in the office of Yanceyville lawyer Ernest Frederick Upchurch. Issues: insurance; Southern Airways of Danville bill; T. S. Lea bill for work on hangar; Dr. L. G. Page reimbursed for corporation expense; Allen Slaughter reimbursed for roofing [presumably on hangar]; liability insurance; and Dr. Page appointed a committee of one to investigate the possibility of "getting gas." Hicks Insurance Agency had been paid $107.50. Income from flying: $37.00. Cash on hand: $990.69.

Yanceyville Airways Board of Directors met 6 March 1946 at the office Dr. L. G. Page. Issues: Hicks Insurance Agency bill for liability insurance; Dr. Page appointed as a committee of one to investigate further the possibility of a Kaiser-Frazer automobile dealership; and the Secretary was directed to investigate installment plans for "purchases of aircraft."

Board of Directors meeting 1 May 1946. Issues: discussion of the "Piper contest"; discussion of gasoline and tanks; payment authorized: Dr. Page for gasoline and parachute repairing, and Southern Airways for parachutes. Directors decided to "finish hangar as soon as possible and secretary was directed to investigate cinder blocks." Final plans for wiener roast were made and date set for May 11.

Board of Directors meeting 5 June 1946 at the Caswell Airport. Flying school offered to ex-service men and women by the government to be investigated. Discussion of base operator's duties and schedule agreed: Monday, Wednesday, Friday, Saturday, Sunday 1:00PM to sunset. Tuesday and Thursday 4:30PM to sunset. Directors authorized operator commission of $1.00 per solo hour for private licensed pilots and authorized operator to report following airport changes to C.A.A.: trees cleared, 80-octane gasoline, and portable lights. Operator authorized to apply for mercantile license. Authorized $40 to Mr. Ashley Yarbrough for wiring hangar and $5.60 to Southern Airways for maintenance. Discussed "buying new plane" and "decided to take first Super Cruiser available and the first trainer available as floor plan."

Board of Directors meeting 3 July 1946 held in the office of Caswell Airport. All directors were present and stockholders Dr. L. G. Page, Clyde C. Cole; J. O. Gunn; and Ralph _______. Discussed finances, including plan to pay off Wachovia Bank & Trust Co. (Raleigh) note and to negotiate a loan of $2500 to pay off note and "continue with cost of hangar." Discussed possibility of concrete floor in hangar and obtaining water supply. Payment of bills authorized: W. G. Carter; Worsham Bros.; and Dr. Page.

Board of Directors meeting 4 September 1946. Discussed part-time instructor. Secretary authorized to keep in touch with Mr. Warren in regard to instruction.

Board of Directors meeting 4 October 1946. Authorized paying Ashley Yarbrough $35.50 for gas paid by him. Discussed retaining Paul Rembold as base operator and manager. Decided to recheck bill at Carters and phone bill.

On 18 December 1946 a special meeting was called to "make arrangements for a new lease on the field." It was decided that Dr. L. G. Page take over the hangar. The Corporation agreed to pay Dr. Page 12 1/2% of the gross income the first year and 15% the second year and thereafter. The first year's 12 1/2% was to be credited to the hangar with no interest to Dr. Page. The following years could be based the same until the hangar was paid off, if it was still agreeable with Dr. Page. This was agreed by the five directors, Robert Brooks, Allen Slaughter, Paul Rembold, T. E. Steed, and L. G. Page. Dr. Page also assumed the responsibility for the care and maintenance of the field. The new lease had a term of five years unless either party desired to make a change.

These minutes were amended 5 February 1947: "The following is an amendment to the minutes of the meeting of December 18, 1946. The Corporation needed additional cash to pay taxes and to carry the business through the slack months. Dr. Page agreed to pay the Corporation in full for the hangar in order to give the Corporation the needed money. The new lease was drawn up for five years duration. The Corporation agreed to pay Dr. page 12 1/2% of the gross income of the first year and 15% for the remaining four years as rent for the hangar and field." [Thus, it appears that Dr. L. G. Page owned both the airfield and the hangar constructed thereon.]

Board of Directors meeting 1 January 1947. Retained services of Mr. Moses to keep the company's books in 1947 and to pay him $50 for his services in 1946. Bills ordered paid. Dr. Page suggested some arrangement be made about charity trips "on the corporation's airplanes." [This suggests that Yanceyville Airways owned more than one airplane.] All directors were present except Allen Slaughter.

Board of Directors meeting 5 February 1947. Bank balance $1,825.28. Report by the Secretary as to the expenses incurred in operating the Stinson and the revenue taken in on the plane. Revenue was $234, with expenses of $103.46. The net revenue of $130.54 was split evenly between Yanceyville Airways and T. E. Steed [who apparently owned the airplane.] Some lease was read and approved. The subject of building new hangars was discussed. it was decided that the woods on Mrs. Howard's place could be secured and cleared, "this being the most logical site." The Board decided to look into this matter at once. Authorized bill be paid.

Board of Directors meeting 8 April 1947 (special meeting). Present: Robert Brooks, Allen Slaughter, Paul Rembold, and Dr. L. G. Page. Authorized payment of bills and first quarter payment to Dr. Page "of field income." Discussed "insurance on the airplane" and decided to "make an investigation in order to determine the high rate of insurance which is paid out each month." [Apparently, Yanceyville Airways had only one airplane in service.]

Board of Directors meeting 7 May 1947 held at Caswell Airport. Present: Robert Brooks, Allen Slaughter, T. E. Steed, and Paul Rembold. Adopted monthly hangar rent of $8. "Due to the financial condition of the company, the directors decided to try and cut expenses down as much as possible and to try and get a little revenue in from the hangar and back on the insurance. June 4, 1947 set as the date for a stockholders' meeting "to decide what will be done about the company finances."

Board of Directors meeting 2 July 1947 held in the office at the Caswell Airport. Discussed approval of the G. I. Flight School and the commission on "the new Stinson." Bills approved for payment.

Board of Directors meeting 18 July 1947 (special meeting called by President of Yanceyville Airways) to discuss a letter of resignation submitted by Dr. L. G. Page, which resignation was tabled until the next meeting.

Board of Directors and Stockholders' Meeting 19 November 1947 9:00 A.M. in the office of Robert T. Wilson. Present: T. E. Steed and T. B. Daniel, "who own all of the stock of said corporation except 5 shares, and the following business was transacted.

No further records of Yanceyville Airways, Inc. have been found, and what happened to the business and its assets is unknown.