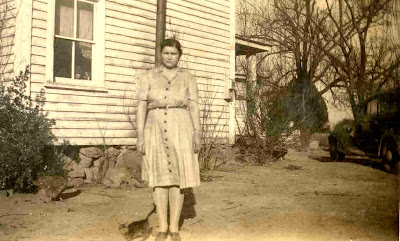 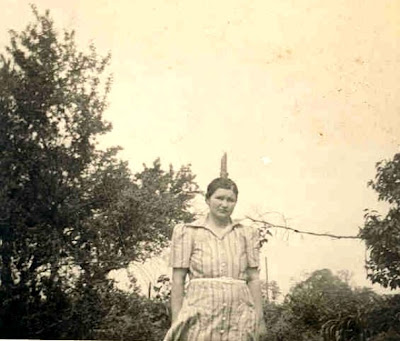 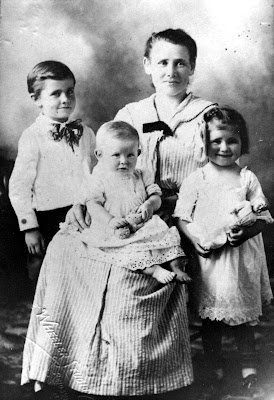 In Memory: In memory of Miss Jessie Thompson, daughter of Mr. and Mrs. J. H. Thompson, Pelham, Route 1, who departed this life April 29th, 1943, age 33 years. Her body was laid to rest in Pleasant Grove cemetery there to await the morning of the resurrection and the second coming of Jesus, who said "Behold, I go to prepare a place for you, that where I am there ye may be also." May those, her loved ones, whom she was so dear, be comforted by the words of Jesus, Himself, who in answer to that question once asked, "If a man die will he live again?" Jesus said, "He that believeth in Me though he be dead yet shall he live." Surely she did manifest that belief in the life she lived, and to the bereaved family we would say that they sorrow not as those ho have no hope. May the God in whom she trusted enable them to realize that He doeth all things well, that he's too good to err, and too wise to make mistakes, and that their loss is her eternal gain; that she is not dead but is alive with Him who said, "Behold I am alive forever more." And may we ever cherish her memory, realizing He that taketh gives though absent with us in the flesh, in memory she lives and may we on the morning of the resurrection with her be found among that number who will hear that welcome applause, come ye blessed of My Father inherit the kingdom prepared for you from the foundation of the world. There we again her face shall see where hope becomes reality.
_______________

'Tis sad to part with those we love
So dear to you and me,
And as we journey on through life
Their face no more to see.

May those of us she left behind,
Bear this one thought in mind,
We, too, from earth must soon depart
And leave our friends behind.

Jesus, Himself, once tasted death
That bitter cup for all,
And you and I must taste it, too
When He sees fit to call.

Since we are told we are saved by hope
We do believe that she
Did manifest that hope in Him,
Who died on Calvary.

And if she did possess that hope
That hope she could not see,
We do believe she now enjoys
Hope in reality.

Hope that is seen is not hope
The Bible tell us so,
Thing's hoped for that we see not
Jesus holds them in store.

Now in the presence of her God
With Christ the Lord her King,
Throughout the ages yet to come
His praises she will sing.

Where waves of trouble never roll
Sorrow and sign flee,
There we are told the saints of God
At peace shall ever be.

Permalink
Posted by RSF at 2:35 PM