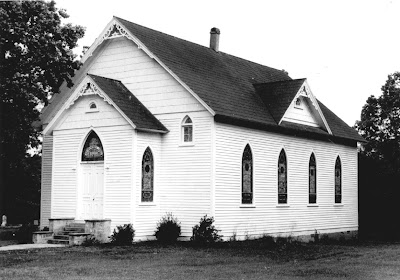 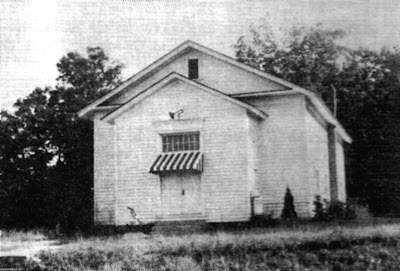 Purley United Methodist Church
(click on photograph for larger image)
M. Park Hunter (Pastor at New Hope and Purley United Methodist Churches in Caswell County, North Carolina) kindly provided (a) a paper he authored on Methodism in Caswell County, (b) his extensive research notes, and (c) New Hope and Purley church photographs. The links to these materials are set forth below:

Additional materials relating to these churches will be found at:

Few churches can claim they’ve been organized longer than the denomination they belong to. New Hope United Methodist Church on 679 Long’s Mill Road in Caswell County is one of those. On Sunday, the church will celebrate its 230th anniversary with a service that will include appearances by the bishop of the North Carolina United Methodist Church, Alfred Wesley Gwinn Jr., Burlington District Superintendent William H. Gattis, and former pastors and their family members. The church traces its beginnings to class meetings led by John B. Davis starting around 1779. Davis, a Maryland native, left the Methodist-influenced area in the 1770s as a teenager. Current church members can trace their lineage to Davis, said Park Hunter, the church’s student-pastor.

At these early meetings, people read scripture and listened to sermons by lay ministers under “a big ol’ oak tree,” said Hunter. Methodist pastors were not ordained ministers until after 1783. Hunter estimated that a dozen or more people would attend these events, but it would be limited to the family members and neighbors in the immediate area. Class meetings were then moved to the Davis home until a log church was built sometime in 1779 near the church’s current location. New Hope is the oldest church in the Burlington District and one of the oldest in the North Carolina Conference of the United Methodist Church. The church’s foundation comes before the creation of the Methodist Episcopal Church at the Christmas Conference of 1784.

“God is good, truly,” Hunter said of the church’s longevity, “when you look at the ebb and flow of human history. We have tried to be faithful and serve God in the community.” Hunter said a luncheon will follow the service. “This church likes to cook,” said Hunter, who has been at New Hope since 2006. “It’s going to be spectacular.