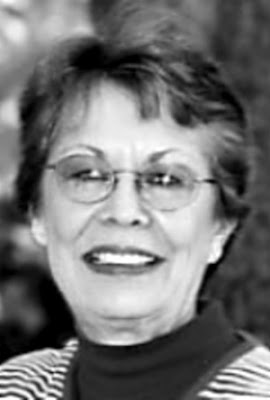 Greensboro (News-Record, 28 July 2009) — Betty Newman Hodges, a loving wife, mother, and grandmother, died peacefully at Beacon Place on Saturday, July 25, 2009, after a courageous year-long battle with cancer. She was 70 years old. Betty was born on October 31, 1938, in Roxboro, N.C., to parents William J. "Bill" Newman and Wilma Coward Newman of Leasburg, N.C. Betty attended schools in Caswell and Person counties and was a graduate of Roxboro High School, Class of 1956. She went on to study at Greensboro College and King's Business School. While attending King's she met and began dating her future husband, Charles Whitted Hodges, of Greensboro. One year later they married, on October 17, 1959, in the Leasburg Methodist Church. This year would have been their 50th wedding anniversary.

Betty's first job was with the Piedmont area Girl Scout Council, starting in the summer of 1959. She eventually was promoted to office manager, holding that position until she left in May of 1964 to await the birth of her first child, Joan. Their second child, Charles "Chuck", was born in 1969. Betty re-entered the workplace at Greensboro Day School in 1979, serving as the first Middle School secretary, a position she held until her retirement in June of 1999. After retirement, Betty enjoyed spending time with her family at home, when traveling, and at the coast and in the mountains. She was the happiest when surrounded by family on these occasions. To her family, Betty was a loving wife, Mom and Grams. To her friends, she was caring and loyal.

She is survived by her husband of nearly 50 years, Charles Whitted Hodges; daughter, Joan H. Machanic of Summerfield and husband, David; son, Charles "Chuck" Newman Hodges of Durham and wife, Elina; grandson, Stephen H. Machanic and granddaughter, Catherine Marie Machanic, both of Summerfield. She is also survived by a brother, John G. Newman of Greensboro; nephew, Will Newman; niece, Beth Newman; mother-in-law, Marie D. Hodges; sister-in- law, Irma W. Hodges; and, a special first cousin, Ann Gunn Everitt of Yanceyvillle. The family will receive friends from 6:30 until 8:30 p.m. on Tuesday, July 28 at Forbis and Dick, North Elm Street Chapel. A memorial service will be held at 2 p.m. on Wednesday, July 29, at Greensboro Day School- Westminster Presbyterian Church, Lake Brandt Campus. A second memorial will be held at 2 p.m. on Saturday, August 8, at Leasburg United Methodist Church, Leasburg, N.C. Remains will be interred in the Leasburg Community Cemetery. The family would like to thank the physicians and staff at Moses Cone Regional Cancer Center for their care and concern. They would also like to thank the wonderful people at Hospice and Palliative Care of Greensboro and their Beacon Place facility. In lieu of flowers, donations may be made to Hospice and Palliative Care of Greensboro, 2500 Summit Avenue, Greensboro, NC 27405, or to the charity of one's choice.