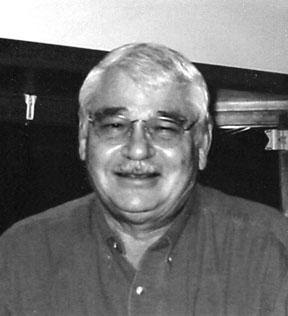 On September 5, 2007, Douglas Reid Watlington, a native of Yanceyville, NC and Poquoson resident the past 28 years, passed away peacefully in his home. Reid was a blessed man. He will be missed by his friends, coworkers, family, and especially his immediate family: his wife Dede; his daughter Jenny, two sons, Gabriel and Paul, and their spouses, Peter, Robbi and Erin; his grandchildren, Eli, Grace, Luke, Quinn, Gabriel, and Nolan – who called him Papa; and two brothers, John Malcolm Watlington and James White Watlington, both of Yanceyville. Reid was a generous man, a perpetual “Santa”, and a good listener. He was a man with a heart full of good, down to earth humor. He loved the Lord, butter beans, his dogs, rubber chickens, George Jones, living in Poquoson, buying cars for his children, telling stories, painting, and watering the flowers. His family always came first and the good in him lives on in his children and grandchildren. Reid attended Elon College and received his B.A. degree from Baptist College of Charleston, and went on to earn his Masters degree. He served his country in the Air Force for 20 years. He retired from USAF Office of Special Investigation in 1991. He continued his career with probation and parole in Hampton and then as an investigator for USAA insurance company. He was proud to return to OSI as a federal agent in 2002. Family and friends are invited to share good memories and honor Reid at Poquoson Baptist Church, where he & his wife were members, on Saturday, Sept. 15, 2:00 PM, with full Air Force honors, followed by fellowship until 4:00 PM, a “Festivus for the rest of us”. In lieu of flowers, the family is asking donations be sent to the Salvation Army-Homeless Veterans Agency, VANC 52, 100 Emancipation Dr., Hampton, VA, 23667. “The family thanks Dr. Brian McCormick and staff for their excellent care”. Claytor Rollins Funeral Home is assisting with arrangements. Online condolences to www.claytorrollins.com.

Reid played in the backfield of a very successful Bartlett Yancey High School football team. He is survived by his wife DeeDee and children Jenny, Gabriel, and Paul.

Permalink
Posted by RSF at 7:29 PM