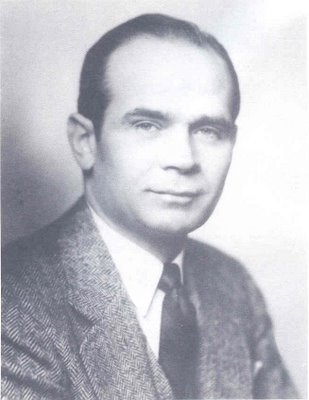 Henry Hines Hatchett was born February 10, 1908, on a farm near Yanceyville in Caswell County, North Carolina, where the land had been in the family by grant from King George II since before the Revolutionary War. The son of William Wallace Hatchett and Bett Siddle, "Hines," as he was always called, attended local schools along with his brothers William Siddle Hatchett, Wilson Wallace Hatchett, Paul Bolden Hatchett and sister Marion Elizabeth Hatchett. Graduating from Bartlett Yancey High School as valedictorian of his class, Hines immediately went to work as a newspaper reporter in Winston-Salem and Asheville, North Carolina, later moving to Lancaster, Pennsylvania. It was there that he met and married Ruth Pauline Renninger, a young schoolteacher, and became manager of Radio Station WGAL.

After moving to New York in 1936, Hines was account executive for several radio representative companies, better known in the trade as radio and newspaper reps. From 1941 through 1949, Mr. Hatchett was first with John H. Perry and Associates then on to John E. Pearson Co. as manager. During this period, Mrs. Hatchett took a job as a researcher of material for the "Professor Quiz" radio program, the first nationally popular quiz show.

The year 1949 saw the turning point in Mr. Hatchett's career when he invented and patented the "Boardmaster," a visual control board which he developed during his years with radio advertising. The moveable cards proved to be so valuable in updating information that could be seen at a glance that Hatchett began to have requests for similar boards from his colleagues. He and Mrs. Hatchett began to handle the manufacture and marketing of the product from the basement of their New York residence. As president and owner, Hines Hatchett devoted the next 10 years of his life to building up the company's reputation. It was found that "Boardmaster" could be adapted to the needs of many different companies and organizations -- even colleges. Gradually an international mail-order business developed and the gross sales could total more than six figures annually.

During these busy New York years, Mr. and Mrs. Hatchett had been planning for "a quiet place in the country." At the same time, Mr. Hatchett wanted to share his good fortune with his native county. Both objectives were accomplished in 1960 when they moved their business and themselves to Caswell. The company was installed in an already-existing brick building in Yanceyville, while their home, located on Hatchett farm land near Yanceyville on the Danville highway, was now ready for occupancy after having been two years in the building. Intended as a fitting repository for the couple's inherited and collected antique furniture, the two-story with basement Williamsburg-design home was planned and executed with careful attention to detail and harmonious arrangement.

After his return to Caswell County, Hines Hatchett was very active in Boy Scouting, served as president of the Rotarians, was a member of the Caswell County Historical Association, and took part in other efforts for the betterment of the County. Hines and Pauline and the Hatchett brothers, Siddle, Paule and Wilson, contributed generously to the complete renovation of Purley Methodist Church where the family has a long history of membership.

On October 3, 1971, Hines Hatchett died after eighteen months of failing health. His business, "Graphic Systems," has been called his legacy to Caswell County. Now operated by Pauline Hatchett and the long-term General Manager Vernon Moore, Mr. Hatchett's invention continues to bring business to the county and benefit to mankind.

Submitted by his wife, Pauline Hatchett, in loving memory.

What was the basis for the middle name "Hines"? Back numerous generations on both his paternal and maternal ancestral lines there is no evidence of a Hines. However, Henry Hines Hatchett did have a second cousin who married a Hines. This was Lucy Catherine Hatchett who in 1882 married William Ludolphus Hines of Danville, Virginia.
Posted by RSF at 2:58 PM