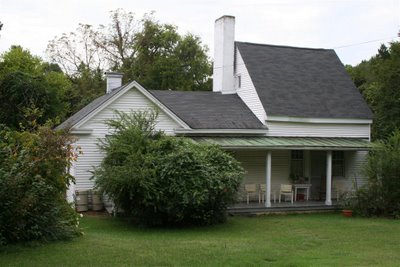 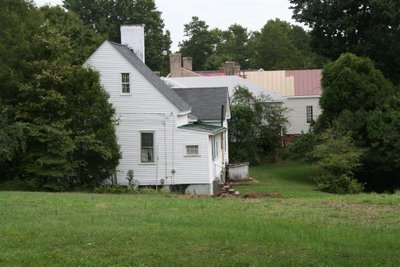 This small house is thought to be the oldest structure in Yanceyville, Caswell County, North Carolina. It is located on the south side of West Main Street at the intersection with Cooper-Rogers Road. It dates from around 1810 and probably was built by a member of the Graves family, which owned most of the land in Yanceyville at one time. The original part of the structure is the two-story westerly component. There were two rooms on each floor. The one-story easterly section was a later addition.

The following is from An Inventory of Historic Architecture: Caswell County, North Carolina, Ruth Little-Stokes (1979) at 201:

The building has been modified and now serves as a private dwelling.

The Dr. Thornton most likely is Dr. Robert B. Thornton (died 23 February 1875). He lived in the house and had an office there. He married Susan Frances Smith. Their daughter, Donna Rebecca Thornton (1840 - 1897) was the wife of Jeremiah Graves, Jr. (1835-1901), who grew up in the Dongola Mansion in Yanceyville (just across West Main Street from the Dr. Thornton House).